Man’s body found in Serbia as Balkans struggles with floods 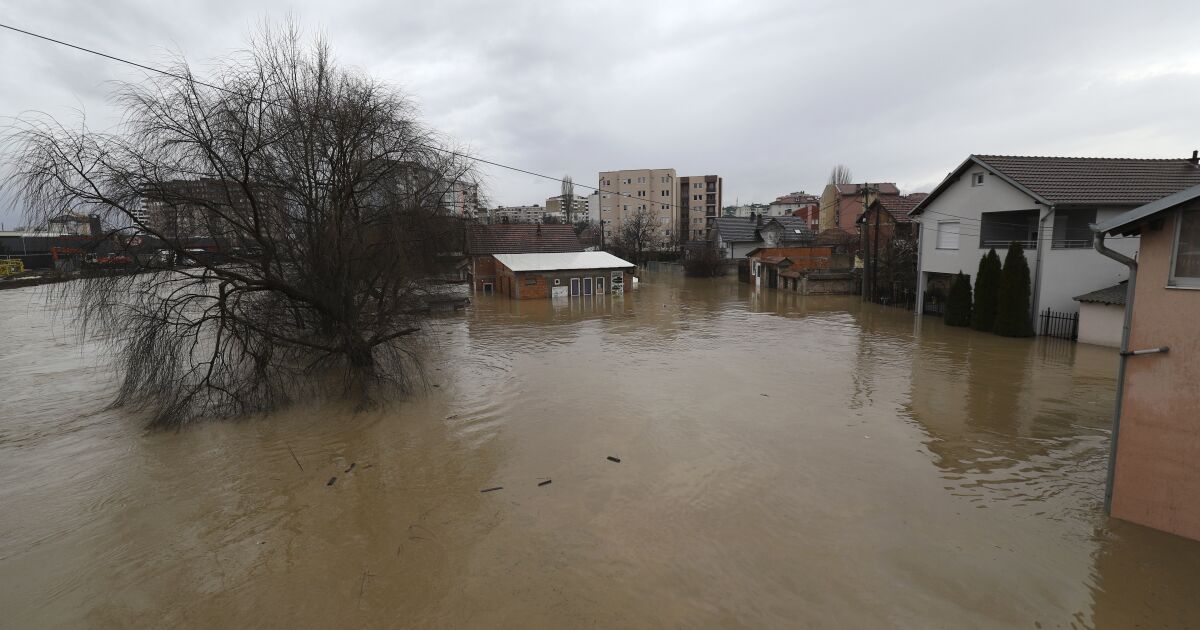 A man’s body has been pulled from a swollen river in southwestern Serbia and rescuers are searching for another man, state television said Friday, as floods across the Balkans closed down schools, hampered traffic and soaked homes and farmland.

The floods this week in Serbia, Bosnia, Montenegro, Albania and Kosovo have been triggered by heavy rainfall and unseasonably warm weather. Temperatures dropped in many areas on Friday as rain turned into snow.

The torrent rains were unusual for winter months. They have caused many small rivers and streams in the region to overflow, flooding the surrounding areas and forcing scores of people from their homes.

Authorities in seven municipalities and towns in southwestern and southern Serbia have declared an emergency situation as they struggled to contain the surging waters. In the town of Raska, authorities closed down children’s day care centers and schools.

“This was stronger than all of us. We couldn’t defend some parts,” senior official Nemanja Popovic said.

The body was recovered in Novi Pazar, where two men were swept away by the swollen waters of the Raska river on Thursday. Authorities said river levels dropped on Friday.

Heavy rainfall also has triggered landslides that cut off roads and a rail line connecting Serbia to neighboring Montenegro. Railway authorities said that passengers would be transferred by buses for one part of their route.

Floods were also reported Friday in parts of Kosovo, where the Ibar River and other, smaller rivers and streams overflowed, endangering homes and cutting off local roads. Around 50 families were forced to evacuate homes in northern and western Kosovo with authorities deploying security forces, including their trucks and boats, to help.

Though the rainfall eased in Albania, vast areas of farmland remained underwater and some remote villages remained cut off for a third day on Friday. Some national roads were temporarily blocked, including the main highway link to neighboring Kosovo.

A number of regions in Albania were left without power, either from damage or because authorities switched off the electricity for security reasons. Some areas in both Kosovo and southern Serbia were also left without drinking water.

Bosnian authorities said that after several days of flood alerts they expect the situation to calm as rains were followed by snowfall on Friday that also blanketed the capital, Sarajevo, along with Serbia’s capital, Belgrade, and other regional cities for the first time this winter.

Llazar Semini contributed to this report from Tirana, Albania.