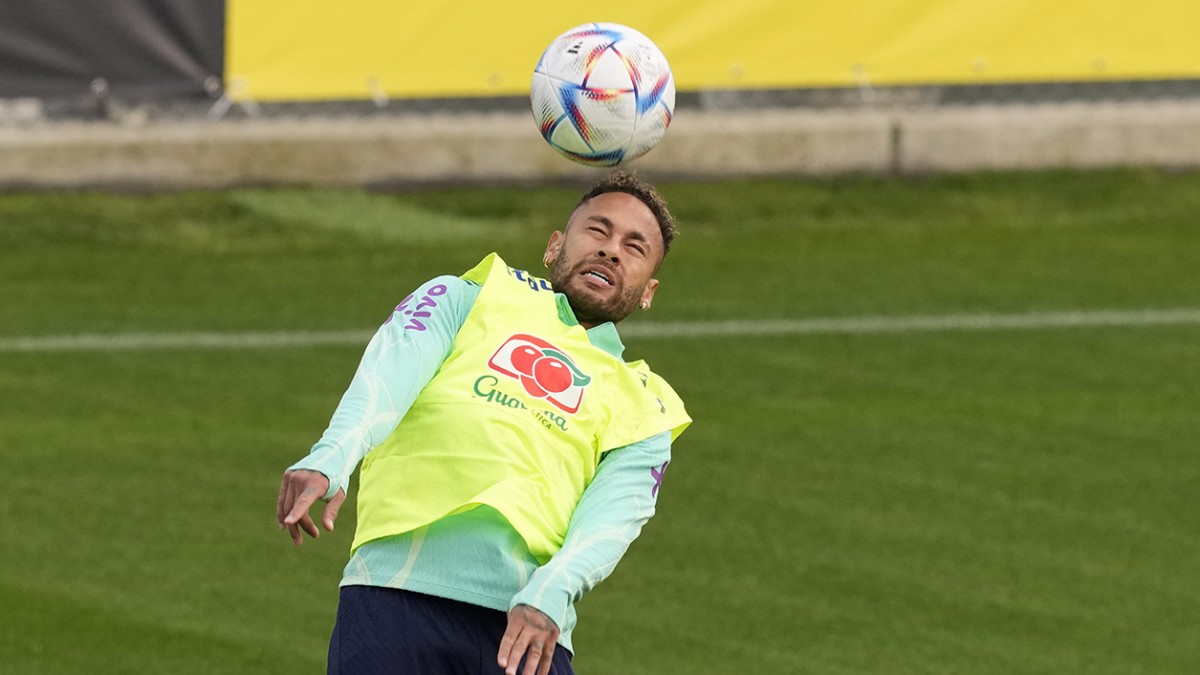 Neymar hasn’t spoken a word publicly since arriving at the World Cup. And he hasn’t had to. That’s because his intentions are clear. (More Football News)

The Paris Saint-Germain star made sure of that when he posted a photo on social media with a sixth star photoshopped onto his shorts around Brazil’s logo during the flight to Qatar — referring to a hoped-for, record-extending sixth World Cup title for the South American team.

“This is our dream,” Brazil forward Richarlison said. “Neymar posted that photo because it’s his dream, too. He wants to win that and we know how willing he is to win that. He can do whatever he wants. It’s his dream. If Neymar is happy here, we will be happy. That’s the most important thing.”

That’s the general feeling: Brazil’s fate depends on Neymar’s form and mental state. The Seleção open on Thursday against a Serbia side that has not met high expectations on soccer’s biggest stages.

Neymar enters in good form after a series of injuries since the 2018 World Cup — when Brazil was beaten by Belgium in the quarterfinals. His only issue so far was showing up a day late to Brazil’s pre-tournament training camp in Turin, Italy, because of a problem with his flight.

Brazil coach Tite should have all of his players available for the opener. The only doubt is whether he will use midfielder Lucas Paquetá or a more attack-minded team with Vinícius Júnior up front alongside Neymar.

Neymar has 75 career goals for Brazil and needs just two more to match Pelé’s record. And what better place to accomplish that feat than before a global audience at soccer’s biggest event — especially for the player who Qatari-owned PSG bought for a world-record transfer fee of 222 million euros ($230 million) in 2017.

Serbia, meanwhile, is aiming to advance from the group stage for the first time in its fourth World Cup appearance as an independent nation. It has also failed to qualify for the European Championship in five tries.

Many of Serbia’s players were on the team that beat Brazil to lift the under-20 World Cup trophy in 2015; as well as a win over France in the final of the under-19 European Championship final two years earlier.

But Aleksandar Mitrović, Sergej Milinkovic-Savic, Nemanja Maksimović and Andrija Živković, who were on those youth teams, have failed to reproduce the same success at the senior level for Serbia.

Add in 22-year-old center forward Dušan Vlahovic, who scored 50 goals in all competitions with Fiorentina and Juventus over the past two seasons, though, and Serbia might finally have the firepower to fulfill its potential.

Whether Serbia has the defensive pedigree to contain Brazil’s vast array of forwards is a different matter. Brazil beat Serbia 2-0 in the final group match at the 2018 World Cup.

“Ever since Stojković arrived, we’re all happy and the atmosphere is perfect,” Tadić said. “We never had that.”

Switzerland and Cameroon are also in Group G.

“We have a difficult group — one of the most difficult ones — but at the end of the day this is a challenge for all of us to show that we can (play),” Stojković said. “The expectations are high.”

Not as high, though, as they are for Neymar.

One other 123 youngsters ought to obtain the Bezeje vaccine