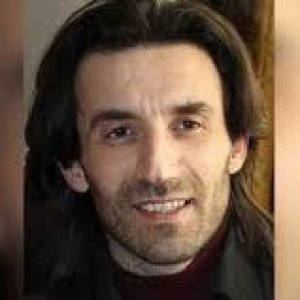 – LDK leaders yesterday, with the proposal for a resolution regarding the signing of former Prime Minister Avdullah Hoti in Washington, have made one of its ancient perverse and cunning calculations and tactics against political opponents, in this case against the government of VV of Albin Kurti and the Guxo list of Vjosa Osmani.

Instead of pressuring the government together with other opposition parties on completely different topics related to the poor economic situation and especially the lack of concrete plans to attract foreign investment and create jobs in the private sector , LDK on Friday testified and confirmed that despite the change of some names at the top of it, it will continue policy-making with its old mentality not at all constructive.

The same applies to other opposition parties which, since the change of power, have failed to build a critical and orderly substantive approach to key issues related to the economy and the long-term socio-economic well-being of the country’s citizens.

The wise and constructive step by the LDK and other opposition parties in this case should be to ask the Constitutional Court for an official opinion / assessment on whether some parts of Hoti’s signature are or are not in in accordance with the Constitution of the Republic of Kosovo.

The third in a row in Washington is the commitment of Hoti and his government – along with the AAK and Nisma – to join the ‘mini-Schengen’ now ‘Open Balkans’, for which neither then there was not and now there is no reconciliation between political parties.

The LDK, and all other opposition parties, not only have their Compass and Thermometer broken, but actions like yesterday are made deliberately to attack and label the current government as ostensibly ‘anti-American’.

See the ridiculous and ridiculous statements of the deputies and members of the LDK now after the failure of the attempt for the resolution which is completely unnecessary.

Past with similar signatures

The same LDK together with PDK and AAK voted in 2013 (on April 19, except Vjosa Osmani and Jakup Krasniqi the Harmful Association of Serbian Municipalities) and the LDK-PDK government signed the version added in 2015 (which was fortunately rejected by the Constitutional Court), giving a penalty to Serbia and scoring an own goal for Kosovo, and then the same parties were called to the same signatures and votes as an “international obligation” that had to be fulfilled.

Following Isa Mustafa’s request that the version of the Serbian Association (AKS) signed in 2015 in Brussels be scanned by the Constitutional Court, it was now necessary for the LDK and PDK to request the same for some parts of what he signed Hoti (LDK-AAK-Nisma government) in Washington.

But that did not happen. Therefore, Friday’s attempt for a resolution is an extremely low, cunning and perverse step of the talkative cowards who hide behind the already banal and equally ridiculous vocabulary of “anti-Americanism”.

Past governments have allowed Serbia through the 2013 and 2015 signatures the classic interference in the internal affairs of Kosovo and continue to demand the same interventions under the guise of “international obligations” with a state that does not recognize the state of Kosovo. and who has been on the offensive for several years now to crush and destroy the state of Kosovo.

The destructiveness of this current opposition deserves no other name than the Ridiculously Perverted Low Cunning. The mentality of the submissive and servile of the cunning fox is this, and nothing else.

This is one more reason why this opposition with this kind of destructive mentality, despite the promotion of some new names in party positions, is rapidly declining in support.

In anticipation of a constructive criticism / pressure on the economy, foreign investment

The first positive and constructive approach of the opposition at this moment would be for it to put pressure on the current government to make a decision without much delay for American LNG gas through Greece (provided that Greece in exchange recognizes Kosovo), and if not, then the start of talks without delay with Albania and the US state and companies for receiving gas through the port in Vlora.

The second positive approach in a row, always within the economy, would be the pressure on Prime Minister Kurti to create a government team that would only deal with attracting foreign investment …

Why, e.g. this opposition did not put pressure on Prime Minister Kurti to appoint a Deputy. Prime Minister for Foreign Investments, who would deal with his team and the special people in charge that should be sent to the embassies of Kosovo (economic promoter, or investment agent-or other designation ..) for attracting investments (FDI) ) in Kosovo, for opening factories for production in industry, energy – opening plantations for production of solar electricity, wind (except for two currently) – and products of all other types, for the creation of new jobs in the sector private.

There are many topics and other issues of this nature for changes in the country’s economy, education system, health, law and order … etc … which should be addressed by the opposition parties as pressure on the government, and not a waste of time and energy with perverse and futile attempts like yesterday of the LDK.

Just a small comparative illustration of where they have brought the state of the economy (read Kosovo’s exports in relation to other countries) during the 22 years of government PDK, LDK, AAK, Nisma and AKR:

Comparisons of this kind with other countries in the region in this case are redundant and depressing. These figures speak for themselves in what economic / productive and exporting situation Kosovo is in relation to other Balkan countries 22 years after the end of the war.

“Kosovo has never been better”, is the frequent response of those who were in previous governments. This sentence proves that those who came to power for 22 years have suppressed and limited the ambitions for Kosovo and its people, because they compare the present with the past as a defense against criticism for the great damage they have done to Kosovo in it. all sectors.

But a sound and sustainable future is not built on this method of comparison.

A healthy and sustainable future is built on having ambitions for the future, setting long-term goals and objectives, competing fanatically against someone who works better than you and has better results than you.

Kosovo and its people need to be prepared to compete and compete with the successes / achievements of others in each sector and not to continue to compete with their own past. For this, production and export capacities in all sectors of industry must first be increased.

Evil has an end, good does not.

Clarification: All opinions in this section reflect the views of the author / authors and not necessarily those of NGB “Zëri” LLC