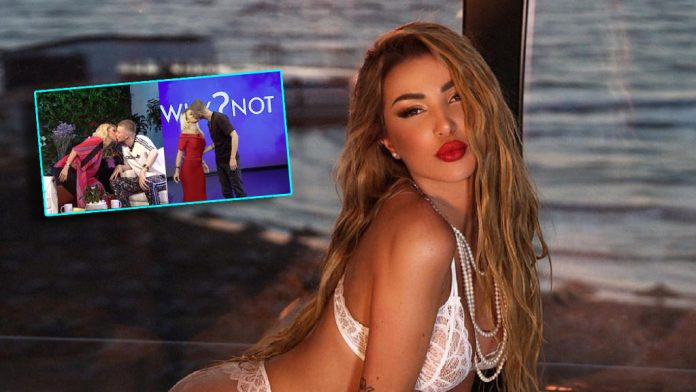 The moderator known for her direct character, Roza Lati has been “bitten” again by one of her fans, with the question whether she had intercourse in the elevator with the rapper Fero. Roza did not accept such a thing, saying that in a statement she had given that she had intercourse in the elevator, she was with her boyfriend, and as for the Kosovar rapper, according to her he has met only three times.

“No, in the interview I told a case of mine that I dared in public because no one knew me then. I was also with my boyfriend.

Now I have professional complexes. But anyway, I also say ‘plaç ishall’ one day, and to guess this word in the texts of rr.epistave, you are a g.ozhdë so i bini.

I have met the artist Fero three times in total in my life and I accompanied him to the reception when we finished filming.

Enough with this ignorance, leave us alone “, Roza wrote. Raising awareness and strengthening capacities of judges and prosecutors in Serbia