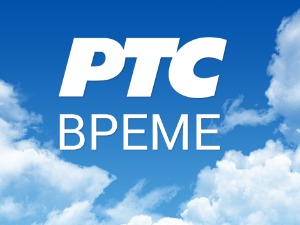 01.12.2022. Thursday: Cloudy, in places with rain, in hilly and mountainous areas with snow, especially in the east of Serbia, where the formation / increase in the height of the snow cover by 5 to 10 cm is expected. Also, in the hilly and mountainous regions of eastern and southeastern Serbia there will be conditions for the local occurrence of freezing rain, while in the lower regions of these areas there will be mixed precipitation (rain, sleet and snow). Mostly dry in Vojvodina. The wind is weak and moderate, strong easterly and south-easterly in the Košava area, occasionally stormy in Pomoravlje and on the mountains of eastern Serbia, weakening at the end of the day. The lowest temperature from 2 to 5, and the highest from 3 to 6 degrees. Warnings: Wind gusts > 17 m/s, probability 90%. Snow, formation of a small snow cover, probability 90%. Local occurrence of freezing rain/sleet, probability 80%.

02.12.2022 Friday: Mostly cloudy and dry in most areas, only in the north and west in places with light rain. Wind weak and moderate, east and southeast. The lowest temperature is from 0 to 3, and the highest from 3 to 7 degrees.

03.12.2022. Saturday: Moderate to completely cloudy and dry. The wind is weak and moderate, east and south-east, increasing during the day in the Košava area. The lowest temperature is from 0 to 4, and the highest from 5 to 9 degrees.

04.12.2022. Sunday: Mostly cloudy, partly with rain, on high mountains with snow. The wind is weak and moderate, in the Košava area and strong, in southern Banat and Pomoravlje, occasionally stormy from the east and southeast. The lowest temperature is from 0 to 4, and the highest from 5 to 10 degrees. Warnings: Wind gusts > 17 m/s, probability 90%.