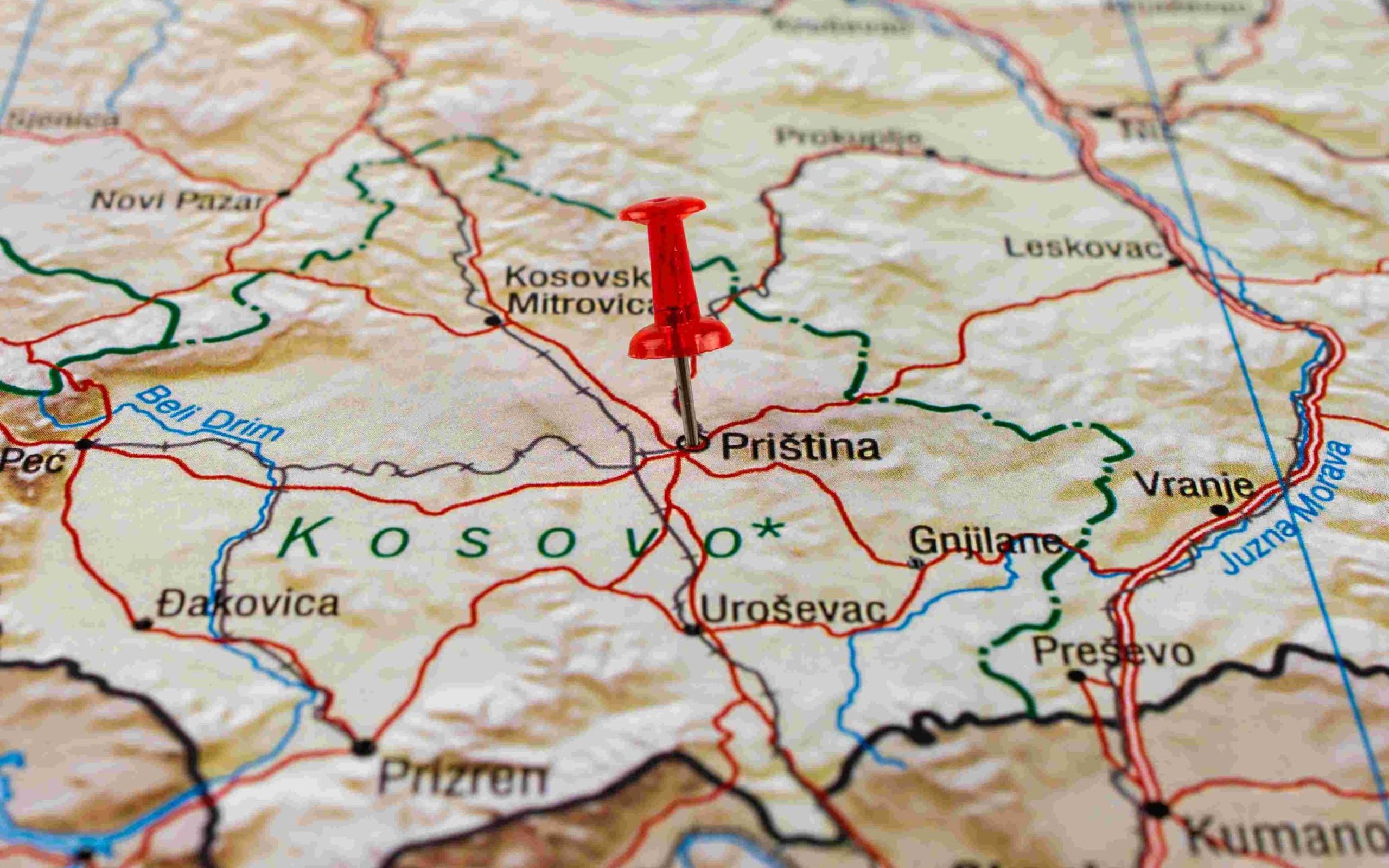 In April, thousands of demonstrators took to the streets of Belgrade in the wake of Russia’s invasion of Ukraine. But, unlike the rallies being held throughout neighboring European countries, protesters in the Serbian capital were waving portraits of Russian President Vladimir Putin – and calling on their government to back Moscow in its escalating war on the West.

Just days before the tanks started rolling, Serbia’s most popular tabloid newspaper, Informer, had splashed its front page with claims that “Ukraine attacked Russia,” warning readers that “Americans are pushing the world into chaos.” For centuries, the Balkan nation has maintained close economic, political and social ties with Moscow, and those ties have only deepened after the US and NATO intervened against Serbian nationalist forces in 1999 as they invaded Kosovo amid the breakup of the Yugoslavian state. Putin even cited the West’s support for Kosovo, which Moscow refuses to recognize and regards Serbia as its territory, as a precedent for creating his proxy states in the Ukrainian Donbass.

Now though, with Russia’s war dividing Europe, the government of Serbia has had to make a series of difficult choices. Despite the clamor and conspiracies at home, the country’s president, Aleksandar Vučić, has been reluctant to get embroiled in the conflict and risk alienating either his allies in the Kremlin, or his largest trading partners in the EU. In April, as news of Russian war crimes reverberated around the world, Belgrade joined 91 other nations in voting to kick Moscow out of the UN Human Rights Council, a move that Vučić admitted was down to the “threat of facing sanctions and increasing pressures. ”

Earlier this month, following a meeting with EU officials, Vučić insisted that Serbia remained resolutely opposed to efforts to isolate Russia, but vowed to not fall foul of Western economic restrictions itself. “As long as we can resist, without entailing our most vital and state interests, we will,” Vučić explained. “When we can’t, we will turn to our people, the citizens, and we will show them why Serbia can no longer resist the imposition of sanctions.”

Now though, political tensions are rising, and the issue of Kosovo is once again coming between Serbia and the West. For over a week, ethnic Serbs in the north of the breakaway state, home to 1.8 million people, have erected barricades and staged confrontations with their Albanian majority neighbors. Traffic has been blocked, explosions have rung out and a Kosovan police patrol has come under fire amid the worsening standoff, which locals say has been fueled by the arrest of an ethnic Serb ex-police officer, accused of attacking his former colleagues.

At the same time, a Serbian nationalist militia has ordered its members to the border with Kosovo in a show of support for their countrymen living on the other side of the tense demarcation line and threatening to confront NATO soldiers stationed in the region. The group, known as the ‘People’s Patrol,’ is believed to have links to the notorious Russian mercenary outfit, the Wagner Group, which is currently conscripting prisoners to fight Putin’s war in Ukraine.

Tensions between Serbia and Kosovo have peaked several times this year, with a number of altercations over the mutual recognition of travel documents and access for cars with license plates issued in each other’s jurisdiction. The EU, which has increasingly played the role of peacemaker in the region, has mediated negotiations and a serious conflict has so far been avoided. Now, Brussels, the US and a number of international organizations are calling on local Serbs living in Kosovo to dismantle the barricades and help avoid the outbreak of serious violence.

Serbia, though, is only becoming more assertive. Under the terms of a previous UN resolution, Vučić has requested that NATO grant permission for him to send 1,000 police and military personnel to northern Kosovo, claiming they are needed to protect ethnic the Serbs there. The request is the first time that a Serbian military intervention has been considered since the 1999 war and, while analysts say it will be swiftly rejected, represents a serious escalation in rhetoric and there are fears of a new military conflict.

For some, though, it’s clear that the flames are being fanned from afar. “I think that the worry of our Western partners and friends is the links of Belgrade with Moscow. We do not know how they could be rendered operative in case of rising of tensions, towards escalation in the north,” Kosovo’s Prime Minister, Albin Kurti, said this week, after the Kremlin weighed in on the row, insisting it would “stand for ensuring that all the rights of the Serbs are guaranteed.”

“I think that their major concern is precisely this: now that Russia got severely wounded in Ukraine after its invasion and aggression, they have interest in spillover. They have interest in outsourcing their war-mongering drive to the Balkans where they have a client who’s in Belgrade,” he added.

At the same time, Kurti has sought to use the threat to drive greater integration with the West for his own nation, seeking to get the same welcome other nations on the fringe of Russia’s sphere of influence – like Moldova – have had from Brussels. “There is a war in Ukraine, let’s prevent spillover. Joining the EU would help,” he went on. “I see a certain readiness in the EU to think differently after the continent is at war.”

For the time being, peace talks are continuing. But fears are evidently building that an increasingly desperate Putin could be trying to open another front against Europe and divide the continent still further.

The Case of the Two Grace Elliotts: A Medical Billing Mystery

Her Credit Was Ruined by Medical Debt. She’s Been Turned Away From Doctors, Jobs, and Loans