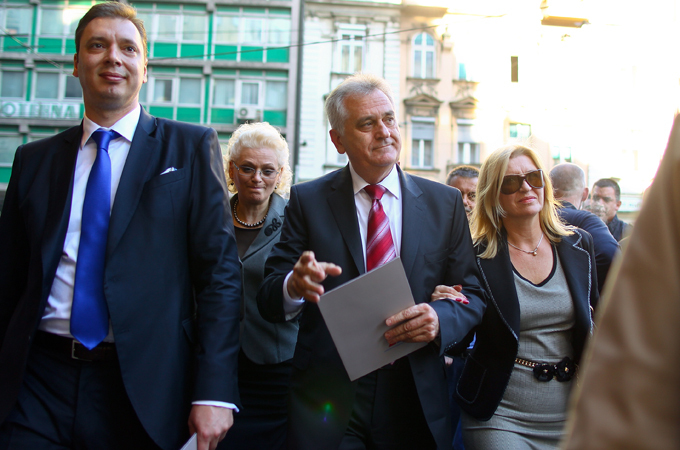 Aleksandar Vucic, the Serbian Defense Minister, has accused the local police of wiretapping him, and President Tomislav Nikolic, along with other senior officials, has accused a group within the Ministry of Interior.

The statement on Friday came after Vucic said he had received information about the surveillance days earlier.

Vucic told Reuters, “A group commissioned by [within] the Ministry of the Interior overheard high-ranking civil servants, including myself and President Nikolic ”.

In an interview broadcast on local television, Nikolic admitted that his phone was tapped and said, “We went into a snake pit. [consisting of] the people using positions in many [state] Services … who dared to eavesdrop on me and Aleksandar Vucic. “

“There will be an investigation and soon we will see what it is about,” he added.

The requirements of the European Union for Serbia’s accession to the European bloc include the eradication of high-level corruption, nepotism and organized crime.

The socialist-nationalist government, which came to power in July, has pledged to tackle these problems, and Vukvic is the first deputy prime minister to be entrusted with this role, along with overseeing the work of the intelligence services.

An anonymous government official declined to elaborate but said, “Maybe someone wanted to know what Vucic and others are up to about major corruption investigations”.

Vucic said his relations with socialist prime minister Ivica Dacic, who is also interior minister, are good and rejected the idea that wiretapping could spark a split within the ruling coalition.

The Defense Minister’s allegations coincided with an argument with Miroslav Miskovic, the richest man in Serbia and owner of Delta Holding, an agricultural, retail and real estate company.

On Monday, Vucic said Miskovic and his staff wanted to overthrow him and his nationalist Serbian Progressive Party because of their efforts to root out corruption.

In a statement on Monday, Delta Holding said it fully supports the government, which “must operate in a stable political environment”.

The Search for Extraterrestrial Intelligence | Voice of America