Serbia snowed, the primary snow fell in most locations 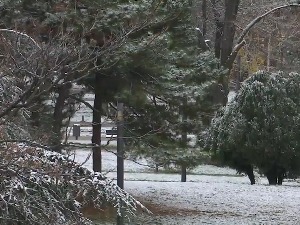 In some parts of the country, it is still snowing, but according to the announcements of the RHMZ, in the afternoon in the western and central regions, and by the end of the day in other regions as well it is expected that the rain will stop and the weather will clear up.

In Belgrade, there is still snow on parks, cars, and roofs. The first snow started, depending on the part of the city, between 2 and 3 o’clock tonight, and stopped already after 6 o’clock.

A thin white covering of only one centimeter was formed. The precipitation did not cause any traffic problems.

The winter service of the Belgrade road is in the second stage of readiness. Due to the snow and low temperature, 44 teams toured city and suburban roads during the night and morning and sprinkled salt on the wet pavements.

A few snowflakes are still possible during the morning, the sun will appear in the afternoon, with a maximum temperature of 2 degrees Celsius.

As announced by the JP “Roads of Serbia” on the roads Mionica-Brežđe-Divčibare-Kaona and Podbukovi-Kosjerić-Požega-Arilje-Divljaka, the pavement is wet, and there is up to five centimeters of snow.

On other road routes, the roads are wet in the lower areas, there is snow in wet conditions up to five centimeters in the territory of Požega, Valjevo, Kolubara, Mačva, Zaječar. Careful driving is recommended.

Due to the announced low temperatures in the morning and evening hours, there is a possibility of occasional icing, especially on sections that extend along river courses, valleys, gorges, as well as on road facilities.