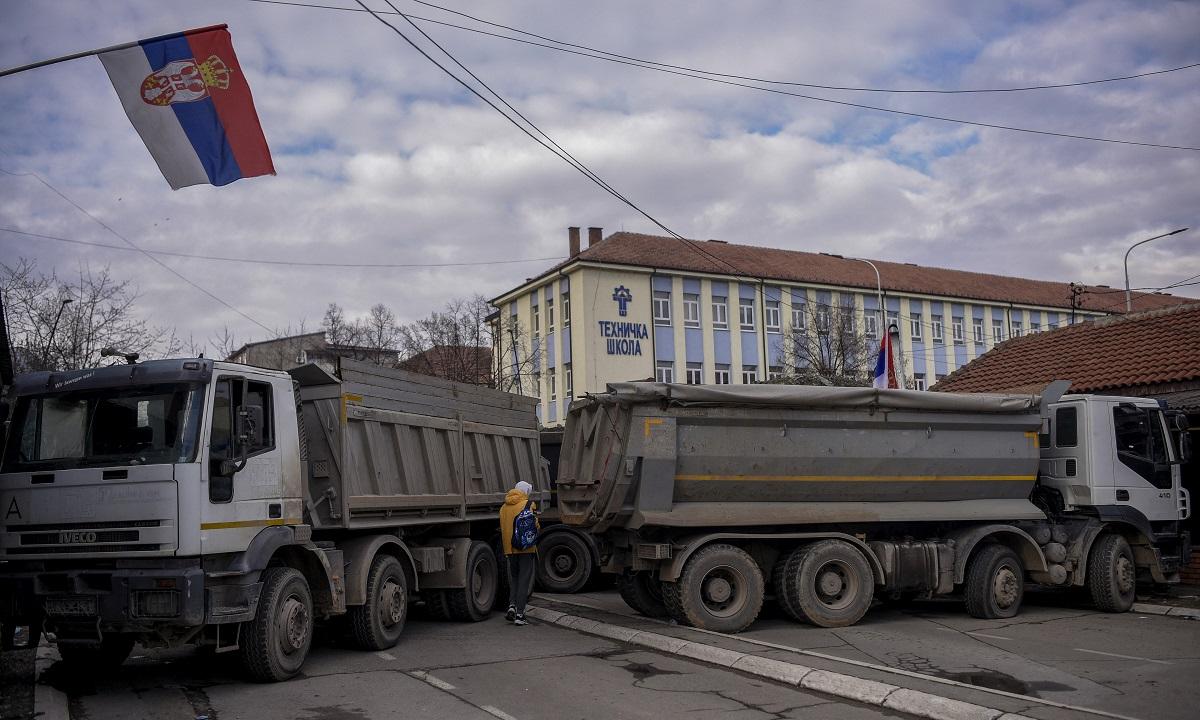 BELGRADE, Serbia — Kosovo closed its biggest border crossing with Serbia, police said Wednesday, after Serbs set up more barricades on their side in one of the region’s worst crises in years.

Kosovo declared independence from Serbia in 2008, but Belgrade has refused to recognize it and encouraged Kosovo’s 120,000 ethnic Serbs to defy Pristina’s authority—especially in the north where ethnic Serbs make up the majority.

The latest trouble erupted on December 10, when ethnic Serbs put up barricades to protest the arrest of an ex-policeman suspected of being involved in attacks against ethnic Albanian police officers—effectively sealing off traffic on two border crossings.

Late Tuesday, dozens of demonstrators on the Serbian side of the border used trucks and tractors to halt traffic leading to Merdare, the biggest crossing between the neighbors—a move which forced Kosovo police to close the entry point on Wednesday.

“Such an illegal blockade has prevented the free movement and circulation of people and goods, therefore we invite our citizens and compatriots to use other border points for circulation,” Kosovo police said in a statement.

Pristina also asked NATO-led peacekeepers to clear the barricades that were erected on Kosovo soil.

Serbian Defense Minister Milos Vucevic on Wednesday said Belgrade was “ready for a deal”, but did not specify other details.

Vucevic described the roadblocks as a “democratic and peaceful” means of protest and added that Serbia has “an open line of communication” with Western diplomats on resolving the issue.

“We are all worried about the situation and where all this is going… Serbia is ready for a deal,” Vucevic told state-controlled public broadcaster RTS.

They were protesting a controversial decision to ban Serbs living in Kosovo from using Belgrade-issued vehicle license plates—a policy that was eventually scrapped by Pristina.

Russia voiced support Wednesday for its ally Serbia and said it was “very closely” following the developments while Germany warned against heightened military presence near the Kosovo border.

“We support Belgrade in all the actions that are being taken,” Kremlin spokesman Dmitry Peskov told reporters on Wednesday.

He added however that “Serbia is a sovereign country and it is fundamentally wrong to look for some kind of destructive influence of Russia here.”

According to Peskov, “Serbia is defending the rights of Serbs who live nearby in difficult conditions. Naturally they react harshly when these rights are violated.”

But, for Germany “heightened military presence near the Serbian border to Kosovo sends a completely wrong signal.”

“Nationalist rhetoric that we have heard from Serbia in the last few weeks is completely unacceptable,” foreign ministry spokesman Christofer Burger said.

The EU and several international ambassadors this week condemned four recent attacks against journalists who were covering the flare-up.