The fire over the Kalimash tunnel gets out of control 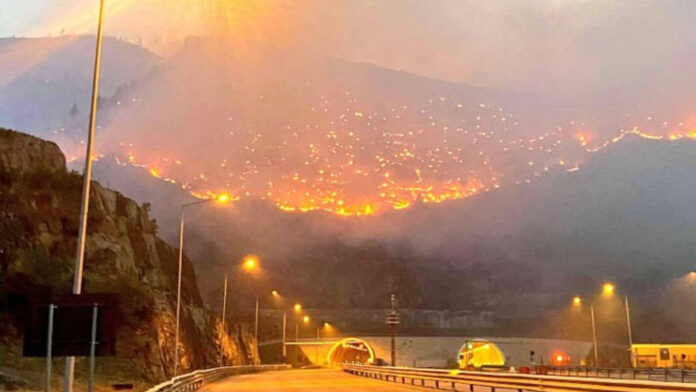 The fire over the Kalimash tunnel has gone out of control.

As can be seen from the images provided by Top Channel, the fire has occupied the entire area of ​​the mountain.

Two fire engines also went to the scene, but the difficult terrain makes it almost impossible to intervene from the ground.

As for the situation of fires in the Municipality of Mirdita, the fire on Mount Munella has taken on greater proportions, favored by strong winds.

It is learned that the fire is coming down in the villages of Domgjon and Munella, turning into a serious threat to them.

In the village of Thirrë the fire is active, where in the neighborhood Gështenjë it is approached at a distance of 700 m, transmits tch.

In the Karaq neighborhood it is approached at a distance of 1000 m.

There are 55 army forces on the ground, 10 firefighters, 4 forest service.

From these forces it is becoming impossible to restrain the hearth, but it is very difficult to isolate.

Meanwhile, in order to come to the aid of firefighters, the army and other emergency teams, to extinguish the fires, tonight in Albania the members of the KSF have started with their mechanism. In Lebanon, Discontent Grows With Hezbollah’s Political, Military Might | Voice of America