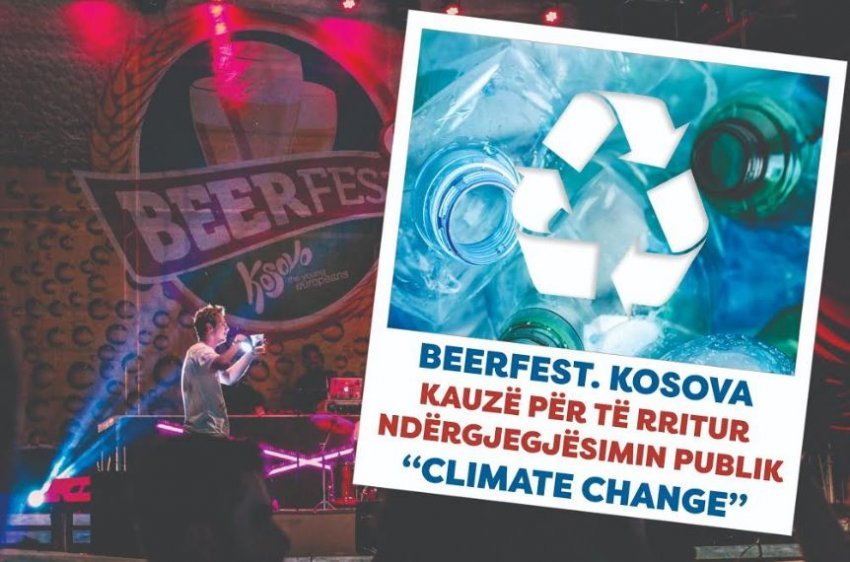 Beerfest Kosova, on the occasion of the 10th anniversary of the organization, on 13, 14 and 15 August, comes with super organization, fantastic program, and above all the initiative of a new cause in order to contribute at least to the prevention of climate change.

The organizers of the festival from the company MODUS Events & Entertainment, announce that this year will be completely different from other years, offering the audience the opportunity to taste beers from the most popular brands as well as entertainment through games and rich program artistic.

“We managed to organize the 10th edition of the beer festival, although in a situation after the pandemic where we faced many challenges. This year will bring well-known brands of international beers, new local artisan beers, among others non-alcoholic beers with 0% alcohol and beers with different exotic flavors “, says the organizer of this festival, Mr. Leart Zeqa.

The special feature of this edition is expected to be the beginning of a new cause, where BeerFest Kosovo is expected to be a model for other festivals in terms of contributing to improving the climate, specifically in the recycling segment.

“Since it is a jubilee year, we have decided to bring something new, it will be a cause to contribute to improving the chain in terms of preventing climate change. “Concretely, we will start a cause regarding recycling, where together with environmental organizations we will demonstrate how we can help in this aspect”, stressed Mr. Zeqa.

According to the festival organizers, the environmental organizations that will support the implementation of this campaign will be: Let’s do it Kosova, Kosova Glass Recycling, ECOZ and the Cleaning Company.

The organizers of the Beer Festival warn that in the coming days they will reveal other details regarding the festival in general, including the concrete program and other important information.

One lifeless and 352 new instances