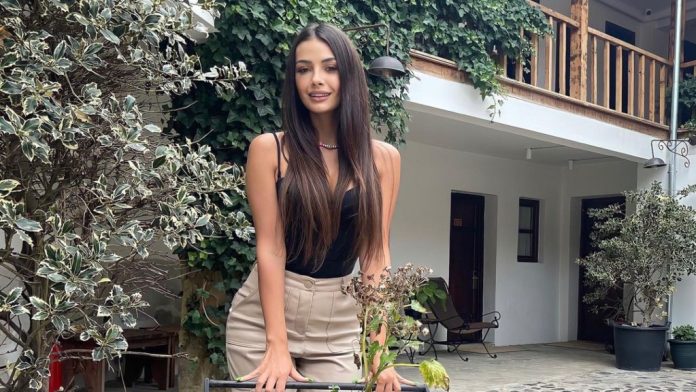 Former contestant of “Për’puthen”, Ana Kauri, confessed many unspoken things from her life, the behind the scenes of the show and plans for the future.

It has long been alluded that Ana was in a relationship even during the show, but she denied these rumors saying that in fact, her new relationship has just started and she is very happy. The boy who took her heart is not a public figure and she says we will never know who he is.

“Today Ana is in a relationship, newly established that there are many of those people who allude and say that I was connected when I was in Perputhen, it is a new relationship although most people are interested in taking it in the other aspect I feel very “He is happy with himself and my partner, he is not a public face and he will never be revealed”, said Ana in an interview for “Prive”. Ana also talked about the statement of Andi Artan, who called her one of the most fake women on the show and whether we will see the future on television.

“I think people get angry and turn it into the worst way when I slap the truth in the face. Andy has been one of the characters I told him from the beginning, since he came in he was completely wavering and he looked very fake how it came well and the truth hurts, it hurt a lot ”. “I really like television and I would love to stay in the world of television, I had some offers but I am trying to choose something that suits me exactly and I am waiting for September.

“I would really like an intensive program, daily”, she said./Express/

Tomorrow, works will be carried out in Prishtina, here are the areas that will be left without water