The oil big “Exxon” predicted local weather change again within the 70s, however hid the findings 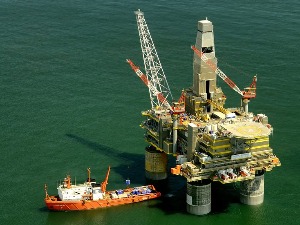 A private study by Exxon Mobil accurately predicted how burning fossil fuels would warm the planet, but the company publicly denied the link.

“This question has been raised many times in the past years and each time our answer is the same – those who claim that ‘Exxon’ knew are wrong in their conclusions,” the oil giant told BBC News.

Corporations like Exxon Mobil have made billions of dollars selling fossil fuels that cause global warming. Internal documents show that the company’s predictions were even more accurate than eminent scientists, even NASA.

“This shows the terrible hypocrisy of the top brass at Exxon Mobil, who knew their experts were conducting these high-quality model studies and had access to privileged information, and were telling us all that the climate models were wrong,” said Naomi Oreskes, professor of the history of science. at Harvard University.

Professor of environmental sciences at the University of Miami Jeffrey Supran points out that the academics’ findings are very incriminating for the oil industry.

“Our analysis allowed us to really see for the first time what Exxon knew exactly, which was that burning fossil fuel products would warm the planet by about 0.2 degrees Celsius every decade,” Supran said.

He adds that “Exon’s” researches were done extremely professionally.

“Their excellent climate models are at least comparable to some of the most influential and respected climate science in modern history,” says Supran, comparing Exxon’s studies to the work of NASA scientist James Hansen, who warned the world about climate change in 1988.

Professor Oreskes claims that the analyzes showed that “Exxon Mobil” was deliberately “misleading” the public and the authorities.

“They had all this information, but publicly told a completely different story,” adds the Harvard professor.

Previous scientific investigations have uncovered Exxon documents that suggest the company was actively trying to sow and spread doubt about scientific studies that warned of the consequences of burning fossil fuels and their contribution to the greenhouse effect.