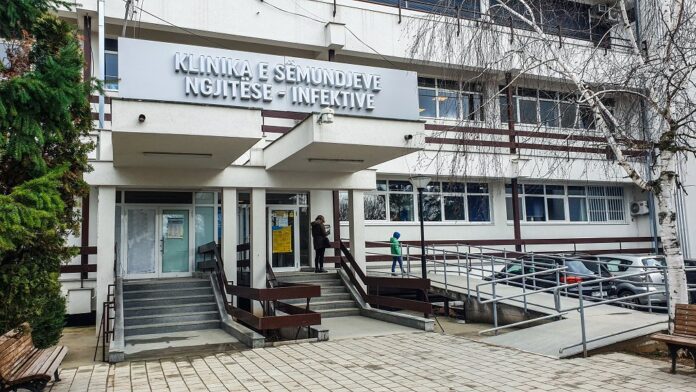 Hakan Vula’s mother has been in the Surgery Clinic for more than two months.

Sheherzade Vula, who is 60 years old, suffers from a malignant disease and she has previously received medical treatment in Turkey.

The same, sought treatment in public health institutions of the country.

He has been staying at the Surgical Clinic for two months now, but now he is refusing the surgical intervention.

Her son says that the mother does not want to operate on him in this clinic, because he is sure that if she is operated on then she will die.

Therefore he wants to send him abroad for treatment.

Vula, in addition to his complaints about the doctors’ pessimism, says that it is true that he sometimes did not behave correctly towards the medical staff, but entirely because he is dissatisfied with his mother’s treatment there.

The director of the Surgical Clinic at UCCK, Ferat Sallahu confirms that the patient in question is refusing surgery.

He asks for understanding from her family, because for two months now she has been staying there without receiving treatment.

And Sallahu adds that since the patient refuses to be operated on then according to the regulation he must leave the hospital.

As the Vula family and the directorate of the Clinic are not finding understanding for this case, complaints from both parties have been sent to the Health Inspectorate and the Kosovo Police.

However, there is no action so far towards solving this problem.