The principle subjects of the summit in Brussels, RTS had an perception into the draft conclusions of the EU leaders 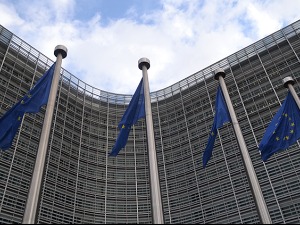 After discussions with regional leaders, EU heads of state and government will begin a separate two-day summit in the second half of the day, focusing on decisions on candidate status for Ukraine, Moldova and Georgia and plans to create a European political community.

“The EU supports the membership perspective for the countries of the Western Balkans and calls for speeding up the accession process,” reads the draft conclusions of the EU leaders, which RTS had insight into.

The EU leaders called on the European Commission, the High Representative and the EU Council to “develop and advance the idea of ​​the region’s gradual integration into the EU during the enlargement process itself, in a reversible merit-based way”.

Ahead of the summit, European Council President Charles Michel made a proposal for reform of enlargement policy, stating that partners in the Western Balkans should be offered social and economic benefits already during the membership negotiation process, instead of waiting for their end.

This proposal was supported by Austria in its “non-paper”, as well as many experts from the EU and the region.

The President of Serbia, Aleksandar Vučić, and the Prime Ministers of Albania and Northern Macedonia, Edi Rama and Dimitar Kovačevski, brought it a joint decision to participate in the Brussels summit.

An EU official involved in the preparation of the summit said that coming to the talks in Brussels was “a natural thing for partners from the region, for which it was not necessary to convince the leaders of these three countries”, adding that “it is clear that there are frustrations in the region”.

A positive decision by the Bulgarian parliament on a compromise proposal for resolving the dispute with Skopje would enable a decision to open accession talks with northern Macedonia and Albania, after a three-year blockade.

The first political intergovernmental conference between the EU and the two countries would be held before the end of June, but concrete talks with northern Macedonia would begin later, after Skopje implements some of the conditions Bulgaria insists on.

Slovenia, with the support of some other member states, has proposed granting candidate status to Bosnia and Herzegovina, along with Ukraine and Moldova, but there is currently no consensus among member states on the decision, according to European diplomatic sources.

EU officials announce that the meeting with the leaders of the region will also discuss harmonization with the EU foreign policy, energy security and food supply, especially in the light of the war in Ukraine.

“The new enlargement methodology adopted last year did not speed up the process or bring the economic benefits that the European integration process should bring,” the European diplomat said ahead of the meeting, adding that the EU expects information from the Western Balkans on the region’s needs. which we will decide how to proceed. “