The UN gave in to Russian threats; Putin ordered the particular companies to extend management 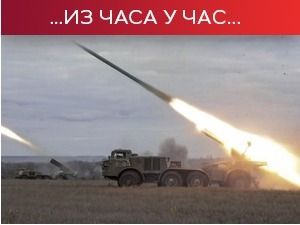 Accusations from Washington against Guterres: the UN gave in to Russian threats

The United States has accused UN Secretary-General Antonio Guterres of “obviously giving in to Russian threats” and not sending envoys to Ukraine to investigate accusations by Washington and other Western centers that Russia is using Iranian drones in attacks on Ukraine.

“We regret that the UN did not move to conduct a normal investigation into this reported violation,” US Ambassador to the UN Robert Wood said at a Security Council meeting on the 2015 Iran nuclear deal resolution.

Russia has denied that its forces used Iranian drones in Ukraine and claims there is no basis for UN envoys to go to Kiev to investigate the origin of the drones.

On the other hand, Iran has admitted that it has delivered drones to Moscow, but that they were sent to Moscow before Russia invaded its neighbor in February this year, reports Reuters.

Ukraine, the US, Britain, France and Germany claim that Russia is using Iranian drones in the war, which they say is a violation of the 2015 UN Resolution on the Iran nuclear deal.

The IMF approved a four-month program for Ukraine

The International Monetary Fund has approved a four-month program for Ukraine that should help promote donor funding and maintain economic stability in the war-torn country, Reuters reports.

First Deputy Director General of the IMF, Gita Gopinath, says that on December 9, the Executive Board of the IMF approved the so-called Program monitoring with the participation of the board (PMB), adding that the program will help Ukraine to cope with financial challenges.

He points out that the IMF will not give any loans to Ukraine, but he hopes that the program will help strengthen confidence among donor countries to support Ukraine.

Under the program, Ukraine pledged to take measures to boost its tax revenues, revive the domestic bond market and reform the financial sector.

He pointed out that the work of the border service of the Federal Security Service should be strengthened, Sputnik reported.

“The state border is the most important, key perimeter for ensuring the security of the country and it must be reliably covered. Attempts to violate it must be stopped quickly and efficiently using available forces and means, including mobile units and special forces,” added the President of Russia.

“The security forces in the new regions of Russia must do everything to ensure maximum security, respect for the rights and freedoms of citizens,” Putin said, Ria Novosti reported.

The Ukrainian authorities fear that Russia could start a new offensive against Kiev as early as January from the territory of Belarus.

In attacks across Ukraine, Russian forces used 35 Iranian-made “Shahid” drones, 30 of which were destroyed, according to the Ukrainian Air Force. It is the third airstrike on Ukrainian infrastructure in a week. Some of the residents of Kyiv are again without electricity.

Concern is growing over the “tactical” maneuvers of the Russian army with Belarus. The Kremlin spokesman says that such assessments are “stupid and baseless”. The visit of the Russian president to Minsk, the first in three years, is primarily aimed at strengthening economic cooperation, claims Vladimir Putin.

Addressing reporters at a joint press conference with his Belarusian counterpart, Putin insisted that Russia has no interest in “absorbing” anyone and that “enemies” want to stop Russia’s integration with Belarus.

The spokesman of the Russian Ministry of Defense, Lieutenant General Igor Konashenkov, said that the Russian Armed Forces shot down four American HARM missiles in the airspace above the border region of Belgorod.

The Secretary General of the United Nations, Antonio Guterres, is not optimistic that the war will end soon, but he hopes that a peaceful solution can be reached by the end of next year.