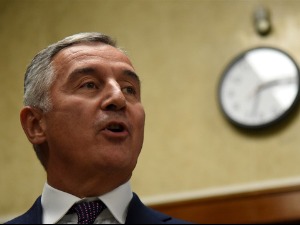 On Monday, the Parliament of Montenegro confirmed the Amendments to the Law on the President, which Montenegrin President Milo Đukanović once again returned to the Speaker of the Parliament demanding the correction of factual errors in the title of the act.

The errors were corrected and the Law was again forwarded to the President for signing and publication in the Official Gazette.

For now, however, as reported by the Montenegrin media, there is no information whether Đukanović signed the Amendments to the Law, the adoption of which caused a storm in the opposition.

The Montenegrin parliamentary opposition considers these amendments to the Law on the President a violation of the Constitution and a “coup d’état”, which is why the protests continued, led by opposition parties gathered around DPS, and the formal organizer is the so-called the “Ima nas” movement.

The amended Law was adopted in order for Đukanović to start talks with the representatives of the parliamentary majority and to propose their candidate, the leader of Demos Miodrag Lekić, for the mandate. After the first adoption of amendments to this law in the parliament, Đukanović refused to sign it and returned it to the Assembly for reconsideration.

In the event that Đukanović did not sign the Law again, the Assembly authorized the Speaker of the Parliament Danijela Đurović to formally submit the act to the Official Gazette of Montenegro for publication, so that the Law would enter into force.

To Combat Gun Violence, This Artist Turns Ammunition Into Art