Twitter, lawsuit for unpaid lease and sale of workplace “relics” 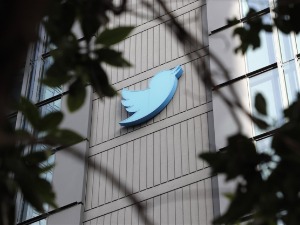 The lawsuit refers to Twitter’s office space on California Street, not its main headquarters on Market Street. But the lawsuit comes after media reported last month that Twitter’s new owner, Elon Musk, had stopped paying rent for the Internet giant’s worldwide office space.

According to a copy of the lawsuit filed last week in a San Francisco court, Twitter failed to pay $136,260 in rent for the California Street office. The landlord, however, warned Twitter and gave it five more working days to settle the debt. That deadline has expired.

Twitter did not respond to a request for comment, and the company itself no longer has a media relations department, the Guardian reports.

Daniel Bornstein, a San Francisco real estate attorney who represents landlords in tenant-landlord disputes, said the lawsuit could be among the first of many to be dropped if Musk refrains from paying some of Twitter’s financial obligations.

Because of Musk’s status as one of the richest men in the world, Bornstein said, office space owners won’t push him too hard, however. Musk’s “deep pockets” make Twitter a lucrative renter, at least when it pays, or is forced to pay.

But landlords who push too hard risk forcing Musk to vacate the leased premises entirely, which could lead to vacant and untenanted properties, an even worse outcome for them than having to chase payments in court.

In the appeal, Columbia could have asked the court to evict Twitter, Bornstein added, but chose not to, suggesting it still values ​​Twitter as a tenant.

In addition to not paying rent, Twitter is auctioning off expensive office furniture, kitchen equipment and other “relics from the past,” when the company had more than 7,500 full-time employees worldwide, free lunch and other perks that were commonplace.

It is estimated that about three-quarters of Twitter’s employee base has left the company, either through layoffs or resignations.

Among the items being auctioned off by Twitter are a pizza oven, a 40 liter kitchen stand mixer and high-end designer furniture such as Emmes and Knoll Diamond chairs.

Even the bird statue and Twitter’s neon light display are on sale, reminiscent of the dotcom bust of the early 2000s, when failed tech startups sold their own stationery, the Guardian recalls.