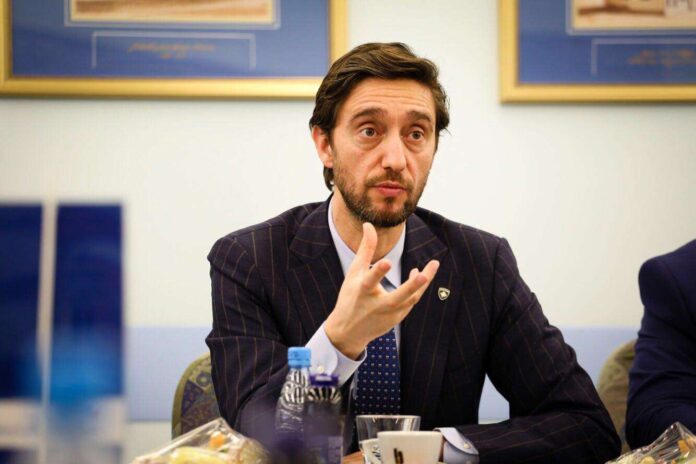 The candidate of the Democratic Party of Kosovo for mayor of Pristina, Uran Ismaili has officially submitted to the Central Election Commission the candidacy for mayor of the capital.

“A few minutes ago I submitted my official candidacy to the CEC for Mayor of our beloved city, Prishtina.

First, I want to thank all the citizens of Pristina who have supported my candidacy.

In recent weeks, in addition to great encouragement, I have received a lot of information, ideas, but most importantly a lot of respect, love and positive energy from the citizens of Pristina “, writes Ismaili.

He added that, “Hostels, interventions in neighborhoods, discussions with citizens in every neighborhood, have made me understand and have assured me that uniting around Pristina is the most important thing we must do to transform our city.”

“Because for many years, Pristina has been divided for financial and political interests.

Pristina is treated as a party stronghold.

And that’s something we need to change, fundamentally.

With my candidacy I want to send a clear message that I want to be mayor of Pristina for all citizens of Pristina, without distinction.

For this reason I have chosen that our message is “Prishtina unites us”.

Unity, not division, is our path. The road that I have also chosen for Prishtina “, stressed Ismaili. / Telegraphy /

Waiting up to six hours to be vaccinated in Klina, schedule is not respected – Latest News