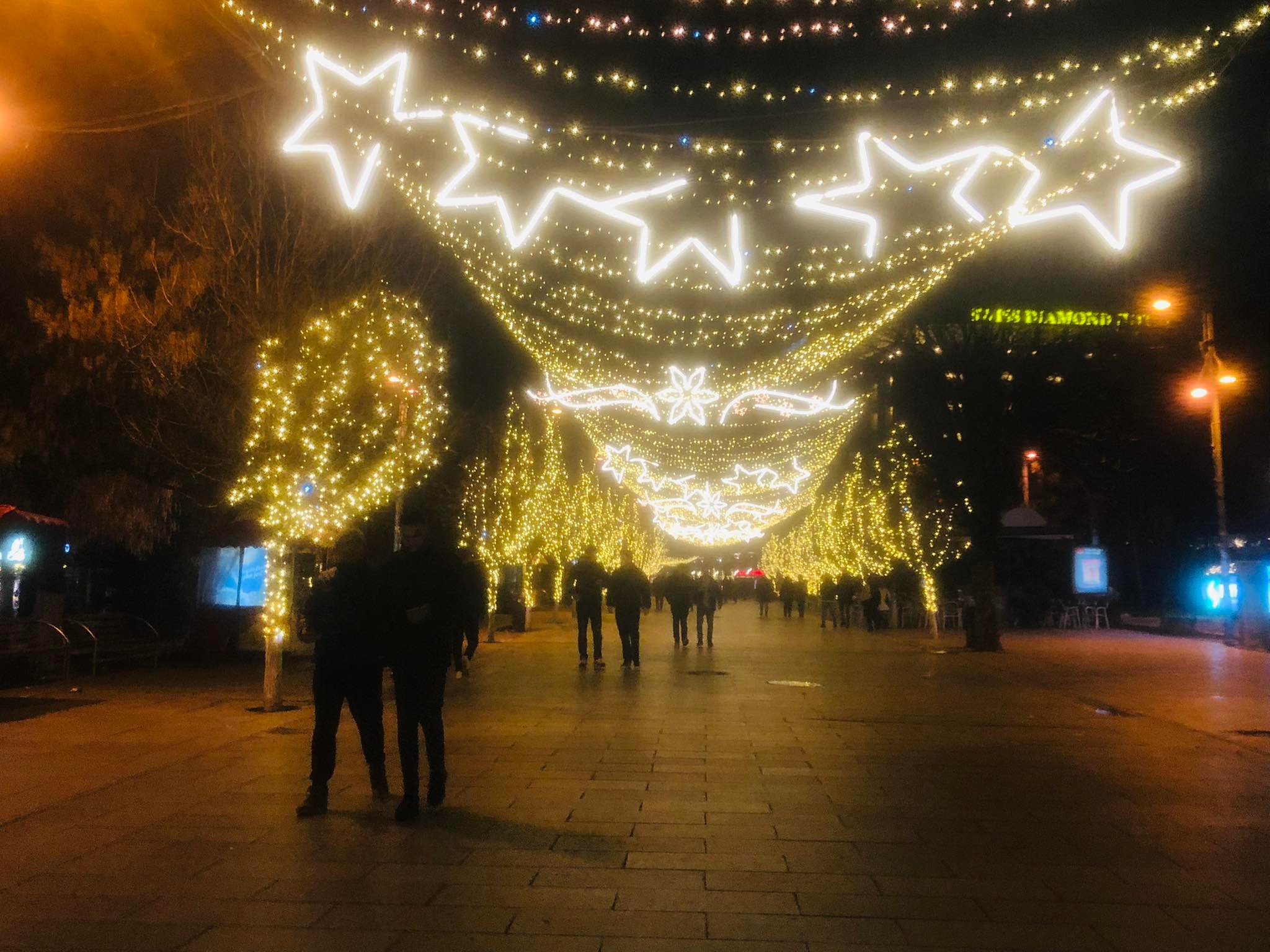 Hundreds of citizens for the change of years have chosen the square of the capital to celebrate, but they were not allowed by Kosovo Police officials, due to the protection of citizens from Covid-19.

Citizens, meanwhile, expect a better year in 2022, hoping to get rid of the COVID-19 pandemic.

Gani Ibishi tells KosovaPress that from this year they expect more employments, but also talks about the action of the police.

“From 2022 we expect the best to come, this Corona to leave us, to be happier, cheaper, bigger employments. The year 2021 what I remember, we think, isolated, we expect to be better… It is not good but they have the order from the leadership, we are looking to protect us for our own good “. he says.

Another citizen from Mitrovica who lives in Germany, Arsim Musliu has come to Kosovo for the holidays, shows that the city where he lives and works is isolated due to the pandemic.

“All the better, I hope only the virus is removed from us faster. I came from Mitrovica, I came from Germany for 4 days with my family… We in Germany have been a total blockade, and now we are a blockade and here it is much better in the family. “The police are not to blame either, they are doing their job, they have it for the good of the people”, he adds.

Ejup Salihu expresses happiness for the Albanian people, but the latter has a request for the citizens to more support the government of Prime Minister Albin Kurti, because according to him, it is the first government that has given them hope.

“First of all, I wish you good health, well-being for all humanity and the Albanian people in all lands, achievements and success and the political scene, I wished them to refrain from issues of political gain and I wish the Albanian people in Kosovo to supports the Kurti government because it is the first government that has given us hope so far and we must give it time so that the problems and failures that have followed us for 20 years to give it time, have patience and faith that a man like Albin Kurti, the very honorable president Vjosa Osmani, and then the speaker of the assembly, is a trio that Kosovo can say that it has not had for years. I think this is a good and appropriate step because even large crowds can be a danger to the people but I think they act to protect the people because you should know we have had cases of injuries but there are also people who do not want us to they are good and they can infiltrate and I think that the only goal is and I do not think it is a bad action “, Salihu emphasized for KosovaPress.

Otherwise, the Municipality of Prishtina on New Year’s Eve has canceled all activities organized in “Wait in the Square” due to the protection of citizens from the new version of Covid-19.