Vetëvendosje Movement has emerged first in most municipalities in Kosovo.

Albin Kurti’s party has received a large number of votes in the capital, leaving other parties far behind.

Vetëvendosje in Prishtina received 62,359 votes or 64.09%, while it falls to the fact that only in the capital, it received more votes than the AAK in Kosovo, which received 58,743 votes in total, ranking fourth in the country , writes Zeri.info. 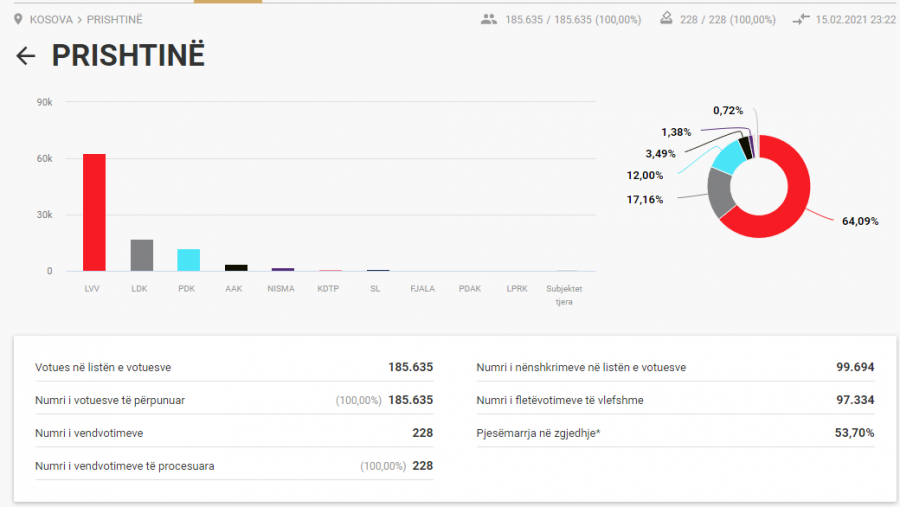