‘We can take positives from Serbia loss’ – 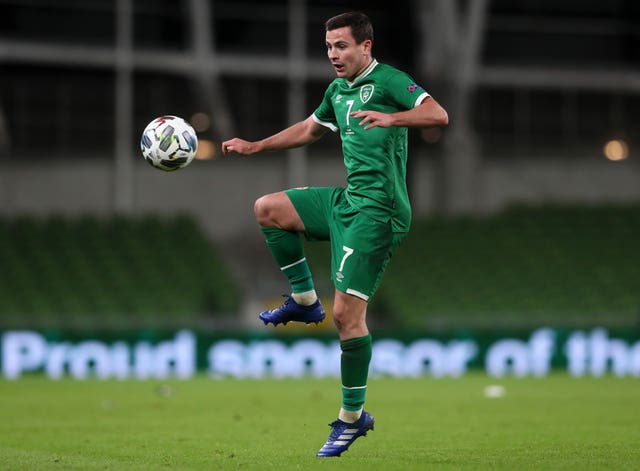 Ireland are hoping to open their Group A account on their second attempt against Luxembourg.

Josh Cullen He emerged from his first competitive start for the Republic of Ireland after seeing exactly what it takes to make it internationally.

The 24-year-old midfielder received the nod on Wednesday evening at the Rajko Mitic stadium in Belgrade when Ireland started their World Cup qualifying with a 2-3 loss in Group A. Serbia.

This gave him the opportunity to witness Dusan Tadic’s individual brilliance first hand as he inspired the Serbs to a win secured by Aleksandar Mitrovic’s doubles, with the striker giving a hint from the bench of the standard required at the highest level.

Great achievement from this young man

Cullen said, “You are a quality outfit and you can make changes and get someone like Mitrovic off the bench.

“Of course that’s the level we need to be at and I think there have been positive results in terms of the way we play and our performance and things that we know we need to get better and can do better.”

“But I think we know the level and just have to keep working hard as a team and as individuals to keep getting better and look forward to the next game.”

The next game comes against it Luxembourg on Saturday evening with the need to win more and more urgent.

The game is the most profitable of the campaign, at least on paper, and with manager Stephen Kenny having recorded three draws and six losses to date, a momentum shift is urgently needed.

Cullen said: “There is no international team that can ever be underestimated, but of course we have to win on Saturday now.

“It makes it a very important game, we know that, but I think we can get some positive results from the performance and get into this game with some confidence.”

“We know that if you play these types of games, most of them are must-have games.

“To qualify for the World Cup, you have to win games. Whether we won, drew or lost, we would have gone into Saturday to win, so nothing changes there.”

Cullen’s Belgrade appearance was his fifth for Ireland and came less than six months after he decided to leave West Ham for the Belgian side Anderlecht, a move that Irish boss Kenny describes as “brave”.

The midfielder said: “It’s an advantage for me to move to a big club like Anderlecht and experience a different league and a different style of football.”

“But the most important thing for every player is to play games, and that’s what I did at Anderlecht.”