Workshop on the judiciary and the media in Serbia 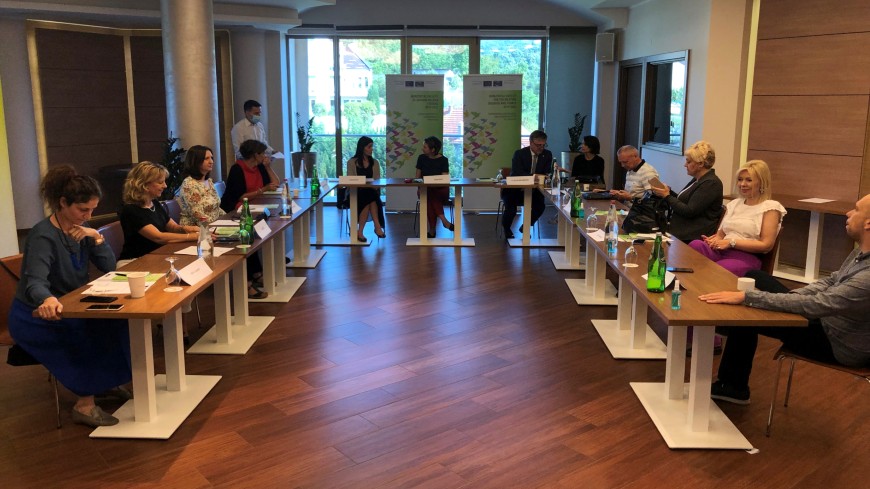 Judge Jasmina Vasović, President of the Supreme Court of Cassation and Head of the Office of the Council of Europe in Belgrade, Tobias Flessenkemper, discussed these relevant issues with the members of the High Judicial Council.

“The judiciary and media can work well together and the judiciary in Serbia has taken the first steps towards greater transparency with the appointment of court spokespersons in Serbia,” said Judge Vasović.

Tobias Flessenkemper stressed that judicial authorities across continent have had a complex relationship with the media over the years. “Judgments do not speak for themselves and so it is up to the judiciary to speak up, explain their work and provide quality information about the process and how the judicial system operates,” he said.

The discussion took place during the workshop for members of the High Judiciary Council, which aimed to improve the members of the council in dealing with the media and to better communicate to the citizens of Serbia about the work of the judiciary.

The workshop was organized as part of the action “Strengthening the independence and accountability of the judiciary”, which is part of the joint program of the European Union and the Council of Europe “Horizontal Facility for the Western Balkans and Turkey 2019-2022”.

Covid Renews Interest in Radiation, but Docs Caution Against Pilgrimages to Radon-Filled Mines