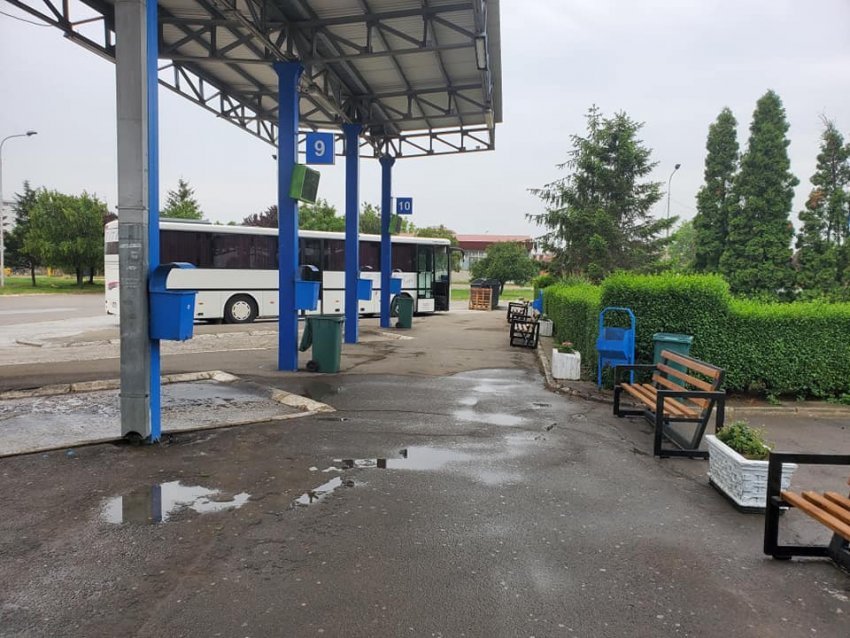 The Chief of the Bus Station in Prishtina, Luan Hoti, said that there is an increase of a large influx of passengers during the last days where the main destination is Albania.

According to him, the main reason is the reduction of cases but also the opening of the summer season already.

“It is a fact that there is an increase in the influx of passengers in recent days, as we know that Albania is the main destination for all of us from Kosovo, because we have strong ties with the country. “It is normal that there is an increase because this positive trend that is happening is also due to the opening or reduction of recent cases of pandemics but also approaching the normal summer season that many of us want to spend holidays on the coast.” , said Hoti.

“The lines are being maintained, and are registered, there are more passengers interested in Albania, therefore during the summer days this trend is greater compared to last year. “We are still not in a situation where we are used to seeing the station as usual where we see the organization of seasonal lines by different companies, but many carriers have started to organize numerous lines in many tourist places”, he said for EO.
As a result of the pandemic there are 30% fewer lines compared to last year at the bus station in Pristina.

“Regarding different periods, I can say that as a result of the pandemic we have a decrease of lines compared to last year, generally we have about 30% fewer lines because all lines maintained by road transporters are regular registered lines and issued according to permits. “Even though the lines have been maintained, still due to the pandemic the number of passengers has been very small and for this reason the transport sector has been quite affected”, he added.

Affected by the pandemic, the cancellation of the lines are some of the difficulties that the bus station has been affected, thus affecting the non-realization of the plans and the coverage of the expenses.

“Even the bus station has been affected by the pandemic, by the cancellation of the lines, and we have not functioned, and we have had an impact on the revenues of the company because we have not managed to achieve the objectives we had according to the business plan, in aid we had the municipality of Prishtina with the granting of grants to cover the expenses for at least two months. “Our company still has high costs in terms of wages for workers because it is a slightly larger number than the company that needs workers, but it is good that we have the opportunity to provide jobs for those who need,” he told EO.

Hoti points out that there have been difficulties even from the active cases with Covid-19 by the employees of this company, and from the whole pandemic the incomes have been very small with about 30% less.

“Revenues are much smaller than we planned, we have revenues about 30% less than we planned but fortunately 2019 has been successful and has helped us overcome the financial crisis,” said Hoti.

In conclusion Hoti hopes that the government measures are on the right track and that gradually in total to open up to recover all the damaged sectors.

“Government measures indirectly affect us as well, so we are not on a lonely island, so the revenues we create we have from our own revenues. “I believe that with the measures taken by the government, I believe that they are on the right track and gradually I believe that we will be able to open up, and all sectors to recover as soon as possible”, he concluded.