A bus overturned in Germany, and passengers from Serbia had been among the many 19 injured 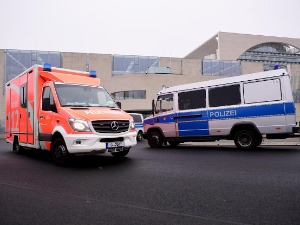 Seven citizens of Serbia were also on the bus, Bild reported. All 19 passengers were injured.

The police also state that nine seriously injured people were transported by helicopter to hospitals in Cottbus and Berlin.

According to police and firefighters, all 19 passengers on the bus were injured, nine of them seriously.

Among the passengers were citizens of Germany, Sweden, Israel and Serbia.

After the highway was completely closed, the lane in the direction of Dresden was opened for traffic, the police announced on Twitter.

The bus reportedly veered off the right lane and overturned over a protective fence.

The investigation is ongoing.

LDK: LVV said it would establish reciprocity with Serbia, now it is removing all measures – Latest News