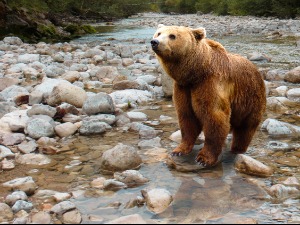 The prince from Liechtenstein is accused of poaching one of the largest European brown bears during his visit to Romania. Environmental protection agencies have accused Prince Emanueal von und zu Liechtenstein of killing a 17-year-old bear, whom locals call Arthur.

The agency also announced that a 17-year-old bear was killed in the protected area of ​​the Carpathian Mountains.

“I wonder how the prince could confuse a female bear coming to the village with the largest male that existed in the depths of the forest,” said Gabriel Paun, president of the Green Agency, adding that he believed the prince’s goal was to take home the largest trophy “.

Romanian authorities are investigating allegations that hunting for the 17-year-old bear was not allowed and that some people involved did not have weapons permits, CNN reported, adding that the prince received a four-day hunting permit and paid on March 13. 8,400 US dollars (7,000 euros) for the shooting of a 17-year-old brown bear.

It is unclear whether the permit was tied to a specific bear. The brown bear is a protected species in Romania and hunting for trophies is banned, but the Minister of Environmental Protection can approve exceptions, if bears damage property or damage residents, the Guardian reported.

Have you ever wondered how much it costs to wash an airplane?