Activists protest in Belgrade over plans to mine lithium in Serbia 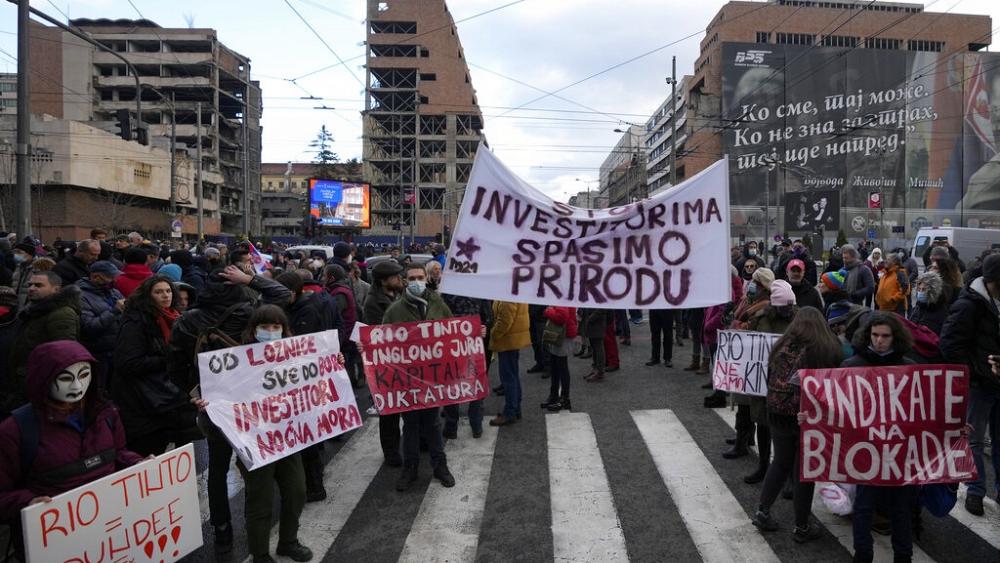 Last week, mining giant Rio Tinto suffered a setback in its plans to mine the metal – a key ingredient in electric cars, laptops and phone batteries.

Loznica City Council has voted to suspend a development plan that includes the mining project following protests by environmentalists across the country.

For three consecutive weekends, thousands of protesters in Belgrade and other cities across the country blocked major roads and bridges in order to oppose the vote against the Rio Tinto plans.

The rallies were seen as the biggest challenge to date for Serbian President Aleksandar Vučić.

He responded by saying that more transparency was needed about Rio Tinto’s operations and called on parliament to reconsider two recent legislative changes that would have made it easier for Rio Tinto to start operations near Loznica.

Protesters say any lithium mining could cause permanent ecological damage to rivers and farmland in the area.

Environmental groups like Friends of the Earth say lithium extraction can damage the soil and cause air pollution.

They say it also uses a lot of water – around 500,000 gallons per tonne of lithium – which is harmful in countries that are also suffering from water scarcity, like Peru.

In a November 16 press release, the company said the project “has the potential (…) to position Rio Tinto as the largest source of lithium in Europe for at least the next 15 years”.

Apart from the electricity, some neighborhoods in the capital from today will also face water reductions

Water cuts in the capital tomorrow