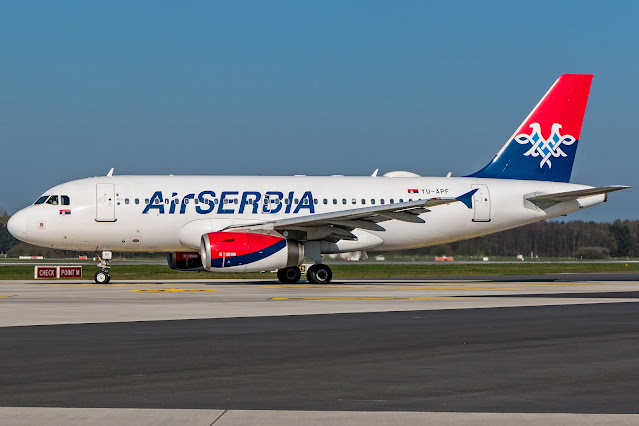 Air Serbia will introduce flights to Krakow, Ohrid and Varna this summer with flights to commence in early June. The carrier has previously unveiled sixteen new points, to be launched from March of next year. They include Budapest, Ankara, Catania, Izmir, Heraklion, Hamburg, Chicago, Gothenburg, Cologne, Naples, Florence, Marseille, Chania, Rhodes, Corfu and Palermo. Along with Malta, Tianjin and Malaga introduced during the 2022/23 winter season, which will be served next summer as well, the carrier is adding 22 routes to its network. “Recently, we announced nineteen new destinations for the 2023 summer season. Along with Krakow, Ohrid and Varna, this means Air Serbia will offer its passengers 22 new destinations. We are proud of the fact that, including charter destinations, we are approaching the number of nearly 100 destinations in the upcoming summer season within our growing network”, Air Serbia’s General Manager for Commercial and Stratefy, Boško Rupić, said.

The latest expansion will see Air Serbia return to the Polish market for the first time since 2016 when it discontinued flights to Warsaw. Poland’s second largest city is one of Belgrade Airport’s busiest deinved destinations in Europe. Similarly, the Serbian carrier returns to both Ohrid and Varna after several years. Operations to Varna ended in 2013 and to Ohrid in 2017. Air Serbia’s CEO, Jiri Marek, recently said the carrier would grow in Central and Easter Europe. He noted, “We want to position ourselves as the leading regional airline in this part of Europe and we believe that so far, we have been successful in this respect. We would like to continue doing so in the future. On the one hand, the market continues to react very quickly to the increased and still growing demand, while on the other, the Belgrade Airport is modernizing its infrastructure, which may cause some difficulties for passengers. However, we believe that after the reconstruction of the terminal is complete and the airport undergoes its transformation, we will have all the possibilities to implement our strategy without any infrastructure limitations”.

Commenting on the carrier’s future plans, Mr Marek previously said, “In 2022 we will be slightly below the numbers from 2019, likely ending up at 91% of pre-pandemic levels. In 2023 Air Serbia will definitely surpass 2019 levels and from then on, we aim to grow between 10% and 15% every year”. He added, “We are a smaller regional airline and want to grow with the market in a profitable and sustainable way. During the coronavirus crisis we saw that our market proved to be relatively stable, and it is recovering fast. This gives us some confidence that the market here is growing at a faster pace organically than what was expected before. On top of that, the propensity of travel per capita is growing faster in Serbia than in the rest of Europe”.

Readers and Tweeters Chime In on Disability Rights and Drug Discounts