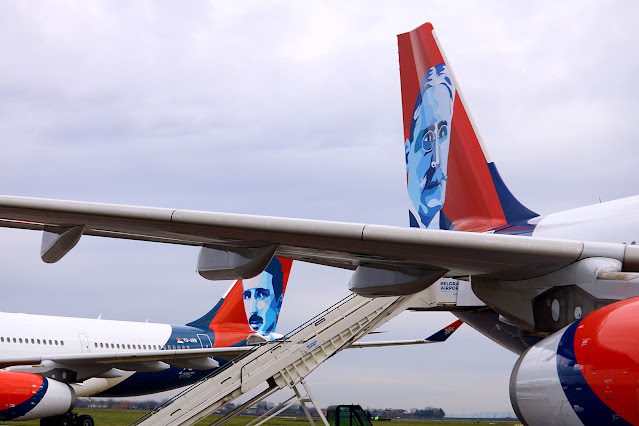 Air Serbia handled 2.76 million travelers in 2022, with the carrier registering record monthly passenger results from July until the end of the year. The national carrier operated a total of 31,420 flights from three international airports in Serbia – its hub in Belgrade, as well as the airports in Niš and Kraljevo. The average annual load factor stood at 72%, which represents an increase of eight points year-on-year. In 2022, Air Serbia expanded its network with fifteen new destinations and reinforced its fleet with seven additional aircraft. During the previous year, Air Serbia flew to a total of 87 routes across Europe, North America, Asia, and Africa via scheduled, seasonal, and charter flights. The airline operated a total of 2,663 charters on a total of 21 routes, achieving a 10% better result than in 2021. From Belgrade and Niš, it operated charters on as many as nine routes in Greece, six in Turkey, three in Egypt, two in Italy, and one in Tunisia. By carrying nearly 5,000 tons of cargo, Air Serbia Cargo improved its figures by 30% on 2021. The airline’s Premium Lounge in Belgrade welcomed 54,000 guests during the year. “Over the last twelve months, we have worked to utilize the opportunities that arose, quickly adapting to changing market conditions. We focused our strengths and capacities on further development and growth of the company and all our employees. Thanks to our ambitious goals and readiness to work on their implementation in an agile and enterprising manner, we have achieved record-breaking results in various spheres. In terms of the number of passengers carried, we are only two percentage points away from the record-breaking pre-pandemic year of 2019,” Air Serbia’s CEO, Jiri Marek, said. 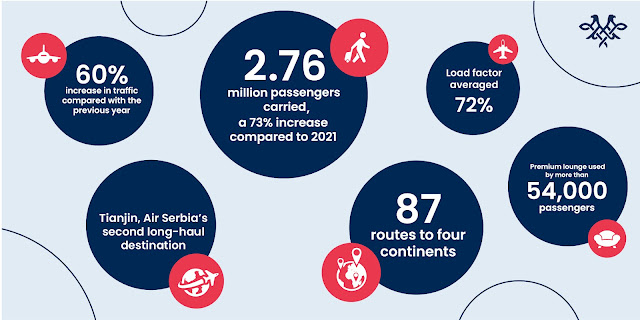