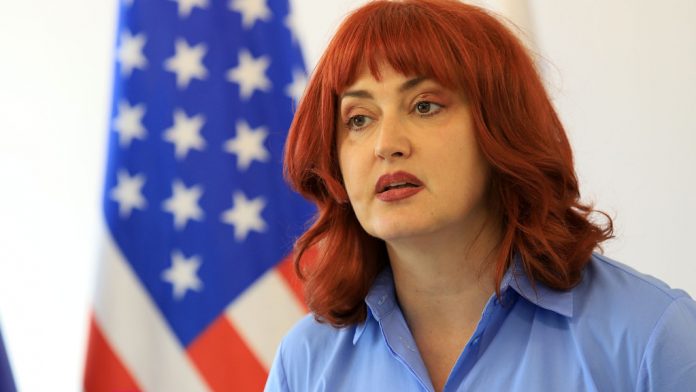 The MP of the Democratic Party of Kosovo, Eliza Hoxha, estimates that there should be protests in the country every day until the violence and killing of women and girls stops.

Hoxha also spoke about the participation of the Minister of Justice, Albulena Haxhiu, in the protest, as he says that she should play the role of the minister and not the protester.

“It’s good to protest and raise our voices – we have to protest every day until the situation improves because the numbers are alarming.”

“But when you receive a task that has been given to you in good faith by the citizens of Kosovo, you must exercise that task and play that role.

“The minister is no longer in opposition or free movement as the Vetëvendosje Movement was, it is a ministry which must take the responsibilities in its hands that are determined by its role and the laws in force”, said Hoxha, for Klan Kosova.

Hoxha, among other things, spoke about the situation with the COVID-19 pandemic in the country.

According to her, the opening that has taken place in recent months has not been well managed, therefore she has emphasized that new cases have now erupted.

“The wave was expected to happen due to the big opening.

Even poorly managed opening has had its effect.

Also the process of vaccination, not to have vaccination at the weekend is absurd of its kind.

There are many things and what worries me the most is the comfort I see, extremely much comfort as if the situation is normal and Prime Minister Kurti goes through visits to fairs instead of being where there is a crisis.

In emergencies like these the government should be mobilized and not only. “The numbers are staggering.”

“The curfew is used as a momentum to close the premises, it is a message. “The virus does not disappear with police hours”, declared Haxhiu

WILL CECA EXCEED BEAUTIFUL BRENA? In honor of the pumpkin in Kikinda, an enormous celebration is being ready, “DAYS OF MADNESS” FOR UNFORGETTABLE