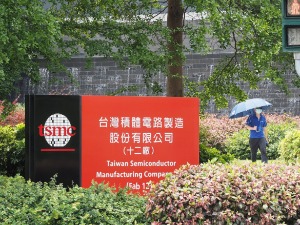 Taiwanese giant TSMC, the world’s largest contract chip maker, has decided to build facilities worth as much as $40 billion in the US.

TSMC, founded in 1987 and headquartered in the city of Hsinchu, has the most sophisticated technology to produce chips used for supercomputers and servers in which the distance between transistor circuits is only five, four or three nanometers. He also has around 100 billion dollars of capital to invest in further research, improving chips and building new factories.

Until recently, the company planned to invest a good part of that capital in huge facilities on its own island and in its motherland, China, but also in Japan and the US, where production costs are significantly higher.

At the same time, about 12 billion were supposed to go to a new factory in the American state of Arizona, which would generate about ten billion greenbacks every year.

However, the Taiwanese company announced this week that it will more than triple its investment in the US, pouring a staggering $40 billion in total into two facilities and corresponding research centers in the world’s largest economy.

When both TSMC factories in the USA are completed, they will employ around 4,500 workers, and they will supply the most sophisticated chips, powerful processors, with a distance between transistor circuits of only four and three nanometers, respectively.

The American carrot and stick policy has borne fruit

This practically means that TSMC, which for more than a quarter of a century has not invested in production in the USA but only in Taiwan and the motherland China, has decided not only to comply with American offers and pressures, but also to fundamentally change its business policy in the light of growing tensions between Taipei, Beijing and Washington.

Namely, Taiwan and South Korea, as the world’s largest manufacturers of chips, and Japan and the Netherlands as large suppliers of equipment for the production of these important components, this year came under great pressure from the official Washington to give up further investments and in general the production and delivery of chips to the Chinese companies, and to contribute to the technological and economic development of the USA by building their new production capacities on American soil.

In October, Washington passed legislation that prohibits the transfer of know-how and the delivery of technologies and parts of American origin to China, even in the case when the chips are produced abroad, and threatens sanctions against entities that ignore these prohibitions.

Considering that the USA, especially IBM and Intel, was the world leader in the past, almost all chips produced by Taiwanese and South Korean companies in some way rely on technologies whose patents are held by the Americans. , which under the new circumstances ties their hands when it comes to doing business in China.

Almost at the same time as the aforementioned bans, Washington brought a large stimulus package for foreign investors in the area of ​​chip production in the US itself in order to attract Taiwanese and South Korean companies to reorient themselves from production in China to production on American soil.

All this was supported by active diplomacy at the highest level, as part of which President Joseph Biden and Speaker of the House of Representatives Nancy Pelosi personally met with the general directors of the South Korean “Samsung Electronics” and the Taiwanese TSMCthe world’s largest chip manufacturers.

Setting up a chip factory, due to the expensive equipment required for production, today typically costs at least four to five billion dollars, and TSMC’s facilities in Arizona when completed together will be worth ten times that.

It will deliver its products to domestic customers, American companies from the electronics industry, such as “Apple”, “AMD”, “Nvidia” and others.

The rapid growth of TSMC’s investment in the USA pleased US President Biden, who, at a ceremony in Arizona, held on the occasion of the start of installation of production equipment in the first of the two planned factories of the Taiwanese company, declared on Tuesday that his country, which now produces only about ten percent of the chips in the world, thanks to the newly announced investments, it is returning to its old glory when it held more than thirty percent of the world production of those components that are the brains of computers, robots, smartphones, even rockets and modern household appliances.

Because, in addition to TSMC’s mega investment in two factories in Arizona, the US government made investments by the South Korean giants “Samsung Elektroniks” and “SK Hynix” worth 17 and 15 billion dollars, respectively, while the domestic “Intel” announced the construction of two large plants with a total value of 40 billion dollars.

It is interesting, however, that the founder of TSMC, Morris Chang, said at the same event in the city of Phoenix that there is a lot of work ahead, because his company’s first investment in the USA in the mid-nineties ended in failure, that is, unbearable losses.

According to him, TSMC, which established a factory in Washington state in 1995, then had problems with profitability, lack of qualification of the workforce and cultural differences between Taiwanese and American workers. He even said that his then dream of building a plant in the US turned into a “nightmare”.

Ninety-one-year-old Chang also added that globalization and the free market are on the wane, and that he doesn’t think they’ll be coming back anytime soon.

That bold statement by the sober and realistic Chang, who in the meantime built a technological empire that beat American semiconductor manufacturers in the global market competition, is undoubtedly a critical allusion to the trend of separating the economies of the US and its military-political allies from China, i.e. Washington’s strategy for the economically and militarily weakened China, which consists of imposing tariffs on Chinese products, denying the export of modern technologies and scarce raw materials to Beijing, and blocking Chinese investments in telecommunications, vital infrastructure and mining in Western countries.

It is also an indication that his company reluctantly agreed to tie its future to the US.

The arguments put forward by the Americans in an effort to convince Taiwanese executives to open their pockets and open secret technology files, and transfer their most advanced and sensitive production lines to the US, is the danger that in the event of an armed conflict in the Taiwan Strait, the TSMC plant in Shanghai could be seized. , and the one in Taiwan cut off from its suppliers and customers abroad, and even destroyed in missile attacks.

The latter, however, seems unlikely, because the Taiwanese chip industry, as a capital-rich source of innovation, which in the motherland China, through Taiwanese electronics manufacturers such as “Foxcon” in recent decades, enabled the employment of hundreds of thousands of workers and brought new technologies necessary for the functioning of the economy, extremely important to Beijing.

The investment of as much as $40 billion and the technology transfers that will accompany it will strongly link the Taiwanese and American economies and make the Pacific island of 23 million people even more important in the eyes of the political elite and military circles in Washington.

This could motivate the US to stand even more strongly for the defense of Taiwan and strengthen the military-political position of that island, which Beijing considers its province. At least in the short term – while these investments and the establishment of production last.

Because, first of all, it is certain that the construction of Taiwanese factories in the USA will reduce the dependence of the American economy on the import of chips from that island in the medium and long term.

Also, it is not impossible to develop a situation in which the American chip manufacturers “Intel”, “AMD” and “Nvidia” through cooperation with Taiwanese and South Korean factories in the USA, through voluntary transfers of technology, employment of domestic experts who were previously trained in those plants, and copying and industrial espionage could technologically reach Asian manufacturers and thus by the end of this decade gradually reduce the strategic importance that Taiwan has for their country.

In fact, the weakening of Taiwan’s technological importance to the US could happen even faster, if the predictions of the media in Taipei turn out to be correct that hundreds of Taiwanese engineers with rare, scarce skills will move to the US due to the opening of new factories.

By successfully attracting investments, TSMC Washington not only obtained a great benefit for its economy by solving the problem of chronic shortage of chips, but also practically and technologically insured itself in the event that an armed conflict breaks out in the Taiwan Strait or that island falls under the control of Beijing.