Are you aware what your auto mechanic has to do with previous motor oil? 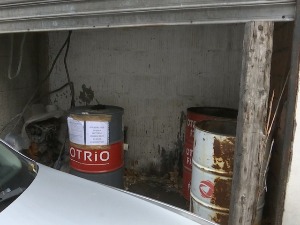 Several car service centers in Belgrade contacted by journalists of the Belgrade Chronicle stated that it is more profitable for them to sell motor oil to buyers of secondary raw materials, than to store it according to the law. In one of the services that stores oil according to the regulations, they explained the problems they have in complying with the law.

“Making a plan costs somewhere between 600 and 800 euros. A laboratory for oil sampling is somewhere between 30 and 35 thousand dinars. Delivery, special room for holding oil… Delivery alone costs about five to six thousand dinars per barrel. So, a rather large burden has been placed on the backs of us repairmen – both financially and organizationally,” emphasizes the owner of the car service.

The head of the inspection, Momir Boljanić, says that at the beginning of November, an action to control car service centers and how they manage waste oil was started.

“On that occasion, we visited 164 services that were registered, because we got most of the data from the Agency for Business Registers.” It was found that 77 services do not generate waste oil at all, such as vulcanization shops, gear centering shops, exhaust gases, paint shops or sheet metal shops. While we determined that the other 87 generate waste oils, only eight of them acted in accordance with the law,” adds Boljanić.

Misdemeanor fines for non-compliance with regulations range from five hundred thousand to one million dinars for legal entities and 25 to 50 thousand for a responsible person. Penalties for entrepreneurs range from 250 to 500 thousand dinars.

“Simply, everyone has an obligation to, in accordance with the Law on Waste Management, deal with the waste generated in their activities in a way that protects the environment and human health.” These are some obligations that they have to take into account,” the guest of the Belgrade Chronicle points out.

If this oil is used for burning, the resulting waste gases are very dangerous for human health. During the aforementioned action, it was established that two service stations were burning these oils, and misdemeanor proceedings were initiated against them.