Basha: Albania has an obligation to assist Kosovo 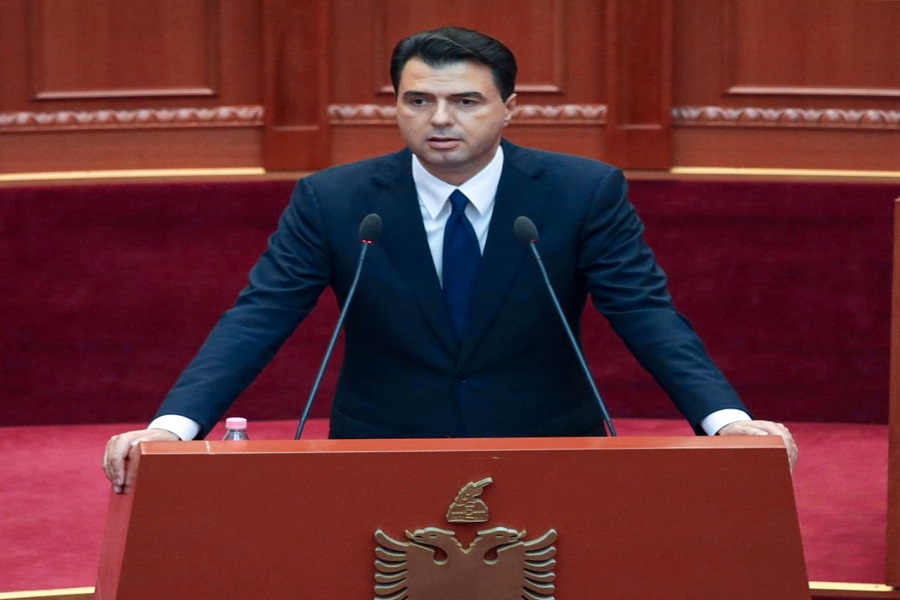 Regional cooperation can never start from Novi Sad, but from Mitrovica, our concern should be the Albanians of the Presevo Valley, as for Vucic those of the Kosovo Serbs. Interstate relations and good neighborliness are established on the basis of proportionality and not vassality. In these processes, Albania has only one task, to support Kosovo, because what is not good for Kosovo cannot be good for Albania.

This is what the leader of the Democratic Party, Lulzim Basha, said from the rostrum of the Assembly this Thursday, commenting on the Open Balkans initiative and the relations of Prime Minister Edi Rama with Aleksandar Vucic and Albin Kurti.

Basha said that after every photo that Vucic takes with Rama, his ambition for what he calls “the Serbian world” is disguised.

“What motivates the contempt for the Berlin Process initiated by Germany and which has the political and financial support of the EU, the main member states of the Union and brings together all the Balkan countries, and what forces you to invest so strongly in a parallel initiative created in Novi Sad and how does Vuiqiiq have the highest authority?

The answer is simple. You are not at all interested in the process and the result of regional cooperation, but only in boasting as regional leaders in front of the peoples you have left in the mud from corruption and your links to organized crime.

Successful processes are always long and difficult, but corrupt autocrats only care about their political time, not the people.

The way for Albania would be to focus all the energies on the Berlin Process, on the absorption of the available funds, but here lies the problem that you can not steal them and on the mechanisms to bring closer the countries of the region and to given to Kosovo the place it deserves, as an equal state between the states of the region, in every agreement and document.

But, you prioritize the initiative of Novi Sad, which is remembered only for the attacks it makes on the leadership of Kosovo whenever you gather for the occasion and for your shame even when you have the initiator of the Berlin Process on your side, as happened 2 days ago.

Behind every picture that Vuiqi bën makes with you, his ambition for what he calls the “Serbian world” is disguised, the ethnic cleansing of the Presevo valley is hidden through the passivation of addresses, the deprivation of Albanians in the three municipalities, Presevo, Medvedja and Bujanovac. of the right to employment and economic development, hides the ambitions to control and confuse Montenegro, as happened a while ago when it threatened civil war. “And your reaction to this behavior is the attacks by Kosovo leaders who refuse such a thing”, said Basha./A2

Lushtaku: Today’s victory goes to all of Drenica and especially Faruk, the first position gives us more confidence – Latest News

Afrim Tovërlani gives an example, pays for a ticket to see Prishtina up close – Latest News