“BBC” echoes the young man who prevented the attack on “Skënderbej” square: He jumped through the window – Latest News The British prestigious “BBC” has reported the event that happened at noon today in ‘Skënderbej’ square in Tirana.

“BBC” has dedicated an article to Klodian Elqen, who thanks to his heroic gesture, managed to neutralize the driver of the vehicle that spread panic today.

Among other things, “BBC” states that a person “jumps through the car window to stop the dangerous driver in Albania”.

“A man has been arrested in Albania, after riding in a pedestrian square in the capital Tirana. The car stopped only when a pedestrian jumped first through the window. The passerby said he thought the driver was targeting the crowd in a possible terrorist attack. Many people had lined up to be vaccinated in tents in Skanderbeg Square at the time. “Albanian police say they believe the 32-year-old suspect was driving under the influence of drugs,” writes the BBC. 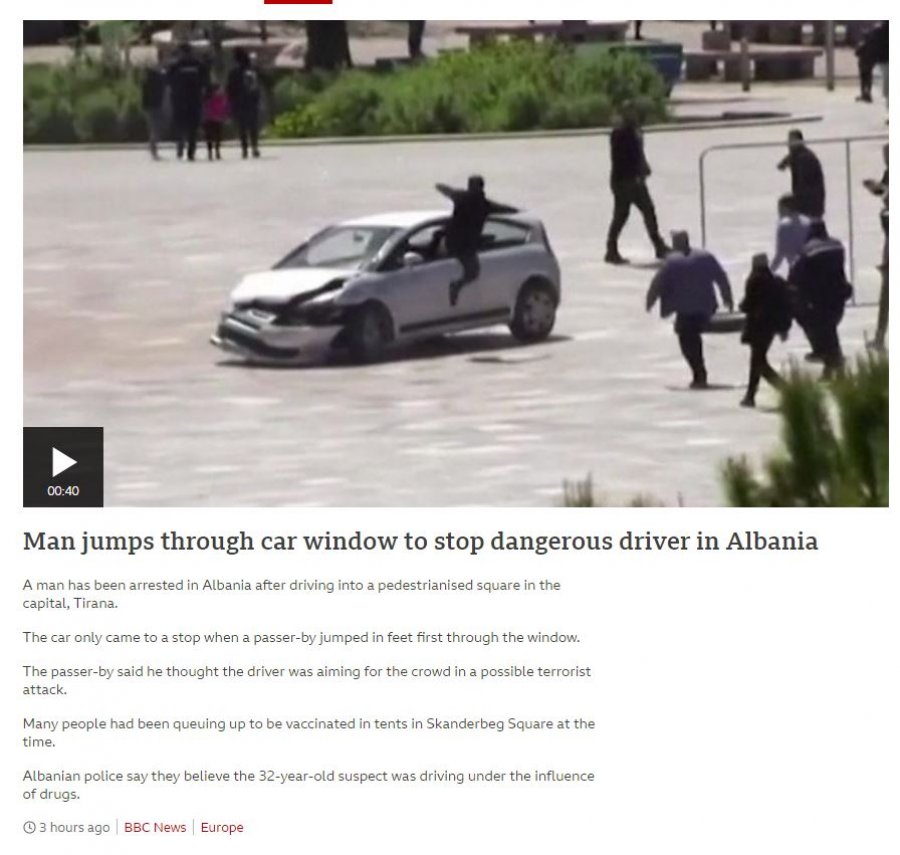 Zemaj for Kurti: Ostrich head in Kosovo, tail up in Albania – Latest News

This is the special meaning of the name of the daughter of Arbenita and Feros!