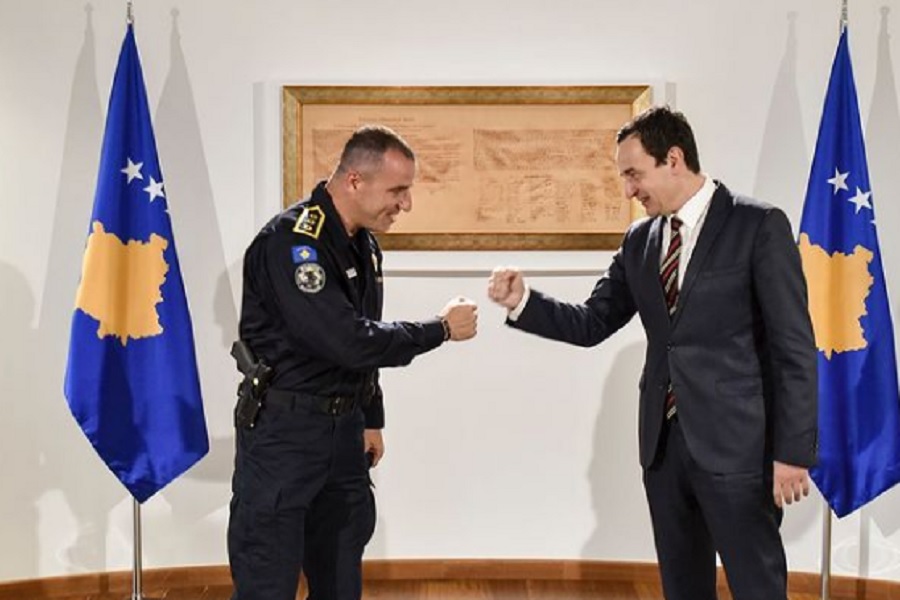 Among them was Besart Ahmeti, head of the Special Operations Unit, who was the leader of the operation in the north.

Kurti in an Instagram post said that he reunited Ahmeti after 16 years as he shared a photo when Ahmeti had arrested Kurti at that time during a Vetëvendosje protest.

“In my office at the Prime Minister, today I received the Minister of Interior and senior leader of the Kosovo Police. Among them was Besart Ahmeti, whom I reunited closely after 16 years. Captain Ahmeti has professionally led the police of the special unit in Brnjak and has conducted excellent field negotiations there. We did not shake hands because of the pandemic.