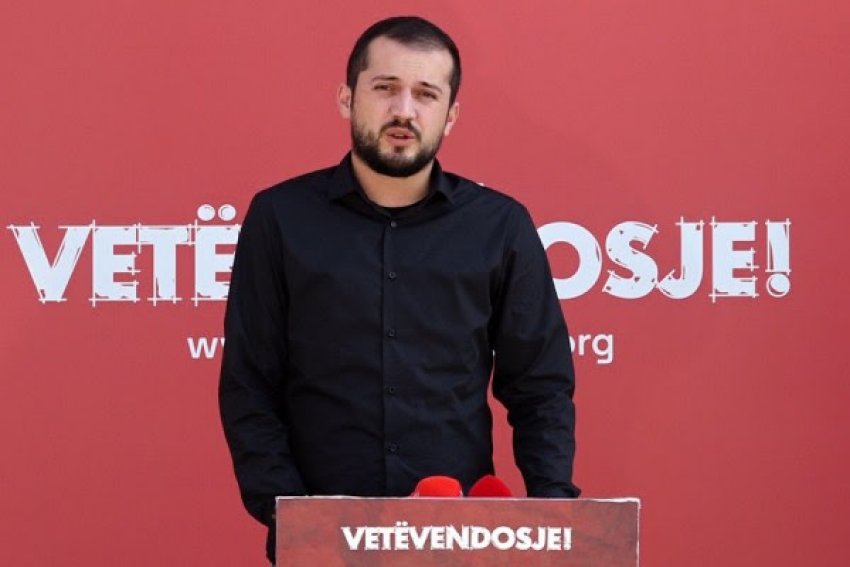 Vetëvendosje Movement has reacted after the demolition of a building by the Public Housing Enterprise, a building which is located near the gymnasium “Gjevdet Doda” and was made of dangerous asbestos material.

The head of the assembly of Vetëvendosje Movement, Egzon Azemi in a press conference, said that it was possible in several sessions of the Municipal Assembly to include the issue of Public Housing Enterprise as an item on the agenda, which did not happen due to disabling opposition parties.

Azemi: Residents have managed to document such a criminal act

“We have reacted to the demolition of a building with asbestos material, which yesterday was demolished without any criteria and somewhat secretly like any other action that has been taken in this company. We as Vetëvendosje Movement are trying for four consecutive sessions, now four month to minimally include in the Municipal Assembly as an item on the agenda the session for the Public Housing Enterprise, but it is honestly incomprehensible how this cooperation of PDK, LDK, AKR and PSD are making it impossible for us in the Assembly With the session of October 1, we tried to introduce the item for the Public Housing Enterprise as an item on the agenda, with special emphasis on talking about the demolition of a building with asbestos material because this is not the time. first, even two weeks ago, exactly such a building was demolished at 5 o’clock in the morning hoping that none of the citizens will see them but thankfully the residents both the first time and the second time have managed to document it “It is such a criminal act,” he said.

According to Azemi, the first information was received from the citizens of that neighborhood and that the works were stopped by the inspectorate and the police until Monday.

Also, the next day the gymnasium “Xhevdet Doda” would have been opened, but we have to wait for the word of the health experts if there are circumstances for the opening of the gymnasium.

Azemi: We received the first information from the residents of the neighborhood

“We received the first information from the residents of the neighborhood and as soon as we received this information we went to the scene. Fortunately, the inspectorate and the police have arrived in the country and have stopped these works until Monday and will start the measures against this action. As far as I know, 10 meters from that object which was demolished with asbestos material, there is the gymnasium ‘Xhevdet Doda’, tomorrow normally the school had to be opened, but the health experts have to give their word whether the optimal conditions are for that school to open tomorrow knowing the risk of carcinogenic asbestos material, “he stressed.

Whereas, the architect Driton Ibrahimi said that that area should be surrounded as a dangerous part, in the meantime he added that according to article 16 for dangerous materials, the value of the fine is 10 to 50 thousand euros.

Ibrahimi: The area should be marked and surrounded as a dangerous area

“The area should be marked and surrounded as a hazardous area where the broken and containing dispersed particles that are hazardous should be covered with plastic or still with a thin layer of concrete which is insulated from pieces of asbestos. If this is not done tomorrow in any way should not be opened school which is close to it.According to article 93 of law 031 025 for environment point 1.5 during the administration of hazardous substances no appropriate measures are taken for protection and safety, according to article 16 of dangerous, the value of the sentence ranges from 10 thousand to 50 thousand euros “, said Ibrahimi.