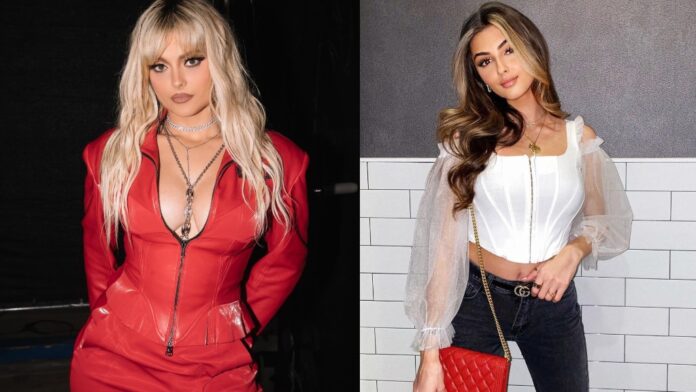 We recently met Dorina Papranik, a 19-year-old Albanian who has represented herself in ‘Miss New York USA 2021’.

Invited to the program “Abc e Pasdites”, the Albanian beauty did not hesitate to be transparent on all aspects of her life.

Growing up in an Albanian family of Dibra origin in the middle of New York, the model said that her parents were initially skeptical about her decision-making, but later became extremely supportive.

Among other things, Dorina said that she is very happy to be able to show her Albanian roots in the biggest beauty contests, calling the future plan “Miss Universe”. She then dwelled on the most personal issues of her life.

Curved by portals like ‘Bebe Rexha’s sister-in-law’, when asked by the moderator the veracity of this news, she claimed that she has been in a relationship with the singer’s brother, Florent Rexha, for a long time, and showed that he has supported her a lot during the competition for Miss. Dorina also received the support of Bebe, who posted her photo accompanying her with the Albanian flag.

Will there be a wedding? According to Dorina, this is a plan for the distant future, but she did not deny the fact that she will marry Florent. Germany obliges returned Kosovars to be vaccinated, the negative test is not working! (Document) – Latest news

The primary volleyball match of champions in Uzice