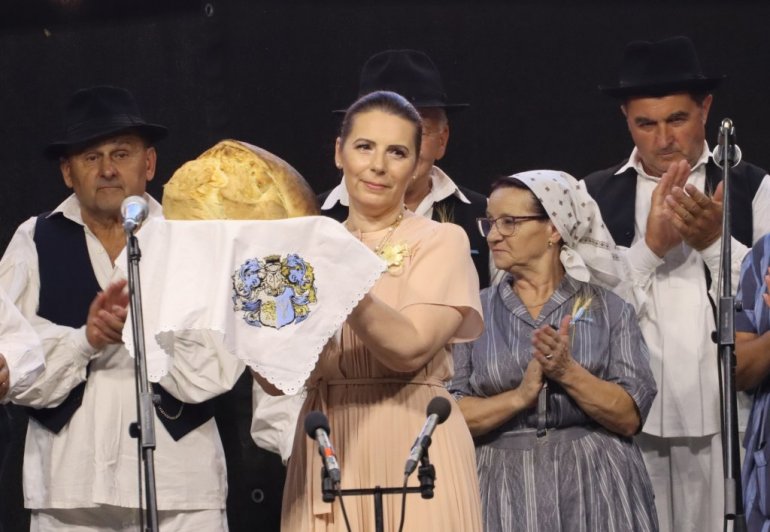 At the Freedom Square, the presidents of the National Council of Bunjevac, Dr. Suzana Kujundzic Ostojic, handed over bread from this year’s flour – flatbread and a crown of straw, bandana Ivona Ivkovic and bandan Marjan Horvacki.

NSB President Suzana Kujundzic said that the Duzijanci Day is important for the identity of that national minority and its survival, as evidenced by all the symbols of Duzijanci on the Square, bread from new wheat, bandashi and bandashice, risruse and risari, who together participate in Bunjevci holiday.

Srdjan Samardzic, a member of the City Council, said that Duzijanci Day is one of the most important Bunjevac holidays, and that it was introduced as the official fourth official language of the City at the initiative of the Mayor of Subotica, Stevan Bakic.

– Subotica is proud that the people of Bunjevci have achieved equality with other national communities in Subotica, because they have been creating this city for centuries. The people of Bunjevci affirmed their history and tradition in their country of Serbia, and your ancestors would have something to be proud of, today, when we gather around Dužijanca Day, to join the circle on Freedom Square, in Subotica and Serbia every community has the opportunity to develop their cultural and spiritual life, to preserve the tradition, and the people of Bunjevci have achieved this according to the highest standards, advocating for it for centuries – Samardzic said, among other things.

Dr. Balint Pastor, President of the City Assembly, congratulated the people of Bunjevci on the national holiday.

– Since human civilizations have existed, people have been celebrating the harvest and the hard work created by hard work. The National Council of the Bunjevac national minority has determined August 15 as Duzijanci Day. The Statute of the City was thus changed, so that the Bunjevac language would be equal to the Serbian, Hungarian and Croatian languages. The people of Bunjevci have been creating this city for centuries, as did the Serbs and the Hungarians and the Croats and the Jews and everyone else who lives with us here. The Republic of Serbia protects the flag of the Bunjevac national minority with its authority, just as it protects the state flag and holidays of all national minorities, the holiday of all citizens of Subotica, which is a city of tolerance and more, mutual respect and esteem of its citizens – said the President of the Assembly of the City of Subotica.

The celebrations were attended by numerous citizens of Subotica, officials from Sombor, Assistant Mayor of Subotica Marko Maric and Chief of Staff Sava Stambolic, Dr. Balint Pastor, President of the City Assembly, Srdjan Samardzic, member of the City Council for Economy and other officials. 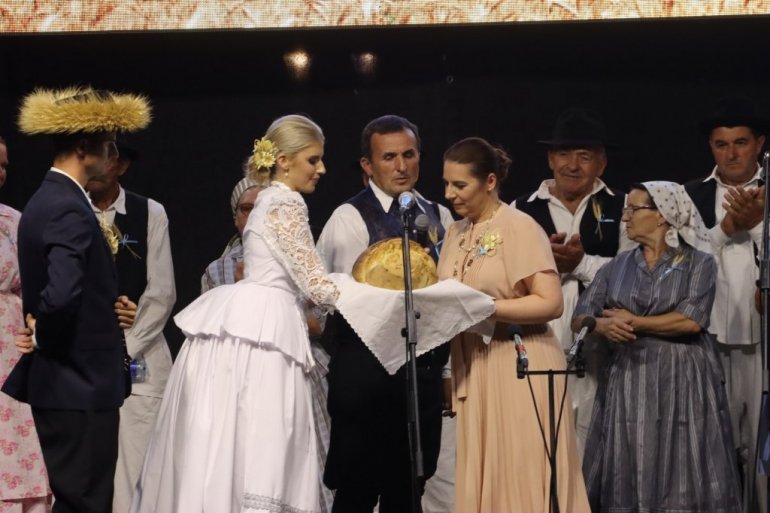