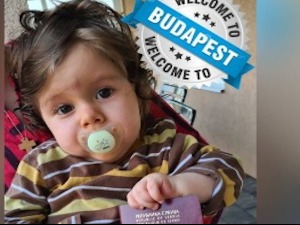 In a statement for Tanjug, Djerlek said that he fully understood the parents of little Gavril, but that the money provided by the state for his treatment must be sent as required by law.

“We live in a state governed by the rule of law and we must follow all legal procedures. Money for Gabriel’s treatment stands and waits to be transferred, but it is not possible to transfer it to a private doctor’s account that was written by hand. We still have to get an invoice, so that we know that the money will really go for the treatment of the child, “Djerlek explained.

He adds that when it comes to the treatment of children, the money provided by the state is not a problem, however, as he says, when it comes to educating parents, it can also be done at the domestic Institute “Tiršova”.

He points out that the state will do everything to help Gavril Đurđević, as it has done so far for sick children.

“There is really no need for any spin at this moment, especially when it comes to the child’s health. We want to transfer the money for his treatment as soon as possible, and all we ask is for the parents to send us an invoice,” says the state secretary.

Đerlek reminds that in 2014, the state established a fund for the treatment of children suffering from rare diseases, and that by 2021, 200 children were treated abroad at the expense of the state.

“Until 2012, the state set aside zero dinars for the treatment of those children. Our goal and job is to meet and enable the treatment of children suffering from rare diseases,” he concluded.

Gavrilo Đurđević from Kragujevac, at the age of eight months in May, started treatment at the Children’s Clinic “Bethesda” in Budapest, Hungary.