Former NATO General Wesley Clark is staying in Kosovo today where he will meet with heads of state.

Clarku was initially received by the Minister of Defense Armedn Mehaj, who in a press conference stressed that the former general has a key role in the creation of Kosovo.

General Clark has a key and decisive role in the creation of Kosovo and our freedom, the freedom of the nation, the freedom of Kosovo. I informed General Clark about the achievements of Kosovo and the KSF. How the KSF has made great achievements and is developing into a modern and interactive force with other forces of NATO countries. “The KSF has the primary goal of integrating into NATO and sending it abroad in defense of world peace and security”, said Mehaj.

Mehaj also announced that in honor of Clark I will name the most prestigious school of the KSF.

Today, among the historical generals, I will name our school of officers, the most prestigious school of the KSF, the Center for University Studies, named after Wesley Clark. This is the least we can do for a hero like General Wesley Clark. “General Clark is a high and precious personality in the history of Kosovo and will remain so in the minds of entire generations”, said Mehaj.

On the other hand, during his speech, General Clark said that he is very impressed with the progress that Kosovo has achieved over the years.

“I am honored to be here, I am happy to return to Kosovo. This is the first chance I had to visit the Ministry. I am very impressed. Over the years, I have watched Kosovo progress “

“I am just happy to be back here. “I feel very honored to be welcomed and I am looking forward to meeting the Government, congratulating you on this new Government and their new responsibilities”, added Clarku. 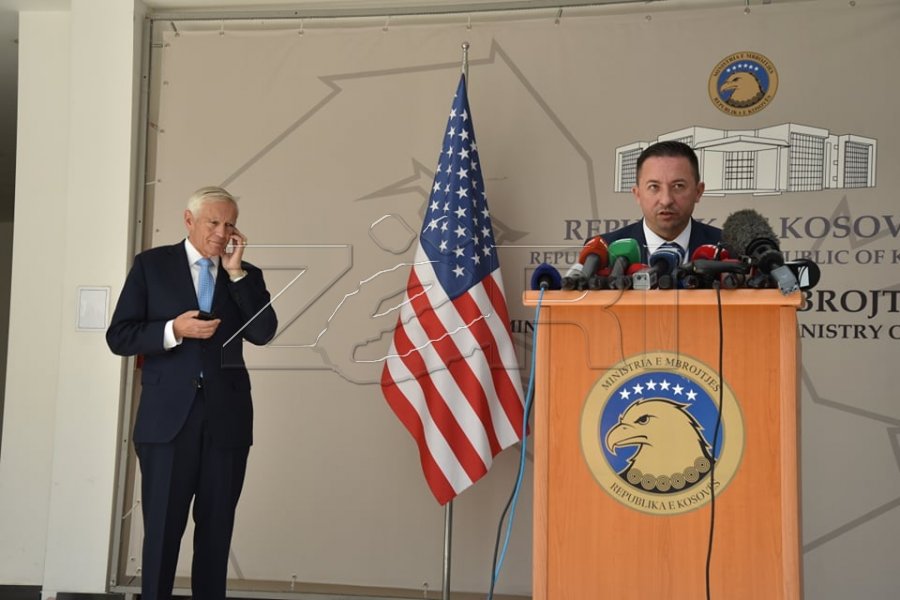 Citizens are supplied with insulin, the municipality of Prishtina was forced to enter into a contract with its own funds