Climate forecast for the primary week of September! Immediately cloudy, somewhat more energizing, this is what awaits us for the following 7 days! 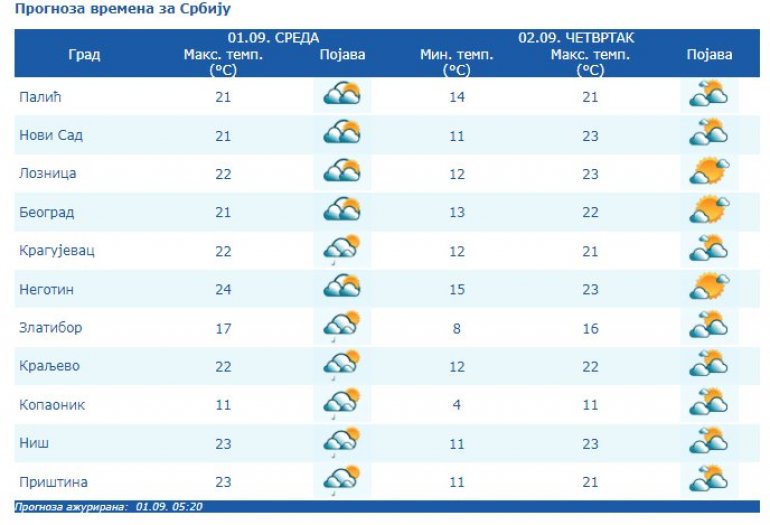 Later in the afternoon and evening, there will be a cessation of precipitation, and then a gradual clearing. Wind weak and moderate, in the north and east of Serbia occasionally strong, west and northwest, weakening in the evening.

The lowest temperature is from 10 to 15, and the highest from 20 to 24 degrees Celsius, the Republic Hydrometeorological Institute announced.

It will be variably cloudy in Belgrade today, a little cooler and dry for most of the day, only short-term rain is possible in the middle of the day. Gradual clearing is expected in the evening. Wind moderate, occasionally strong west and northwest, weakening in the evening. Lowest temperature around 14, highest around 21 degrees C.

According to the forecast for the next seven days, in Serbia it is expected to be mostly sunny until September 8, only for the weekend in the central and southern parts it will be partly cloudy, with occasional rain or showers with the possibility of thunder.

The highest temperature on Thursday will be slightly below the average (from 21 to 24 degrees), and then by the end of the period around the average for this period of the year – from 24 to 26 degrees.