Co-Funding Discussion board, Kurti: The time of bribery and tribute is over 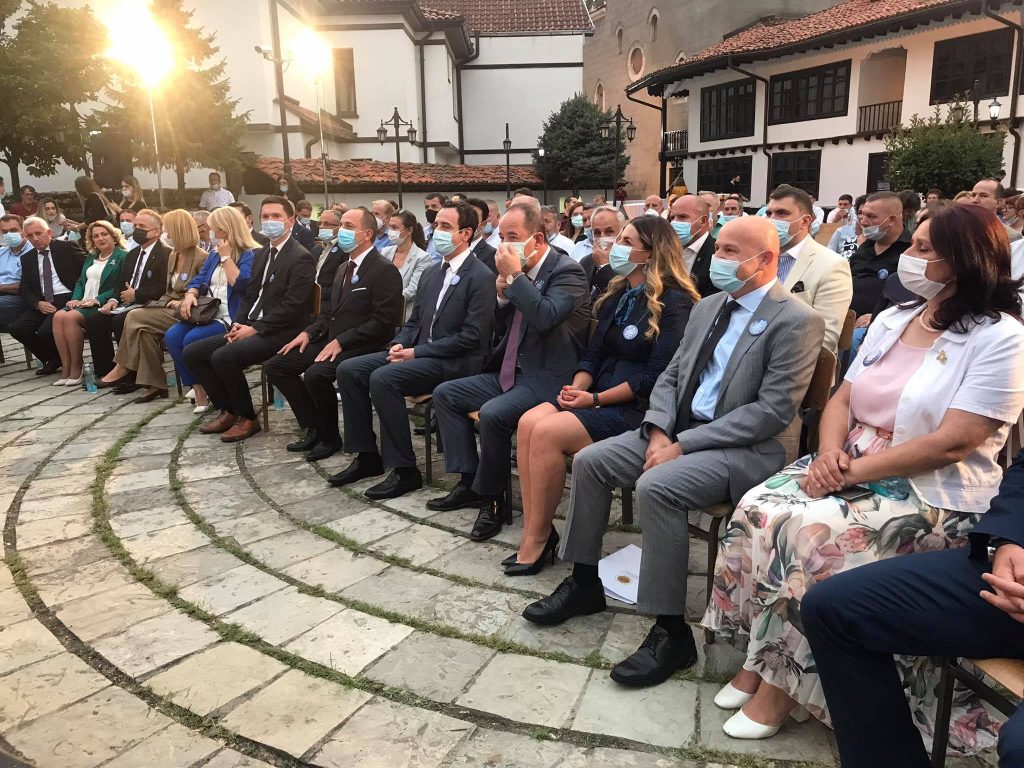 In the second edition of the Co-Investment and Networking Forum “Invest in Prizren” that opened tonight, Prime Minister Albin Kurti has invited foreign investors from the diaspora to invest in Prizren and Kosovo, as he said with his government did not bribery and tribute are required as before.

Prime Minister Kurti also said that the country already has institutional stability and after the local elections are over, there will be four years of focus on economy and justice, which are the two main pillars.

“The first is institutional stability, the second is law and order, the third is infrastructure and the fourth is labor. Kosovo has suffered for a long time in most of these, as a result of various developments within the country which has made us have few foreign investors. But this has already changed, the country has entered a period of political stability, with legitimate institutions, with high credibility coming out of the civic vote in democratic processes. We are now on the verge of local elections and once they are over, we will have a full four years ahead of us focusing on economics and justice which are also the two main pillars of our government… Moreover we now have a government that is ready t ‘help businesses and investors. “The time when investors were asked for bribes to start and spend on profit has ended once and for all”, said Kurti.

In his speech, the Prime Minister respected the call to prayer of the religious rite in Prizren. Meanwhile, the mayor of Prizren Mytaher Haskuka stressed that with this forum they aim to coordinate with the diaspora, twin cities, with representatives of chambers of commerce of different countries and local businesses and businesses, so as to invest in economy, productivity, employment.

“The municipality of Prizren is the first municipality which at the local level has initiated and started to organize such a forum, which in the first edition 2019 has brought to Kosovo 60 businesses from the diaspora and different countries of the world… During this forum three daily we will also present the business park where we have made numerous investments and look forward to finalizing soon to invest in production… On this occasion I want to express the unconditional support of the municipality of Prizren for the creation of co-investments in public-private partnership “in order to create as many investment opportunities in our city and to employ our youth”, said Haskuka.

While, Rexhep Gurkan, Mayor of Iderna in Turkey, said that he is fascinated with the work done in Kosovo to create conditions for investment. He promised to use the authority to bring investments to Kosovo.

“The Government of Kosovo has done and is doing everything that needs to be done for a country. But now it’s our turn. We must use all our strength to invest in this country. “From here, I want to make a promise, both to the Prime Minister and to President Haskuka, that I will come out in your support to develop this country as soon as possible”, said Gurkan.

The Ambassador of Albania in Kosovo, Qemal Minxhozi said on this occasion that the cooperation of businesses between Prizren and the municipalities of Albania is constantly increasing, especially in the tourism sector.

“Business relations between Prizren and different municipalities of Albania from year to year have been growing. This is especially high intensity in the field of tourism “, said Minxhozi.

In this three-day forum are participating about 40 foreign businesses and the country from various fields.