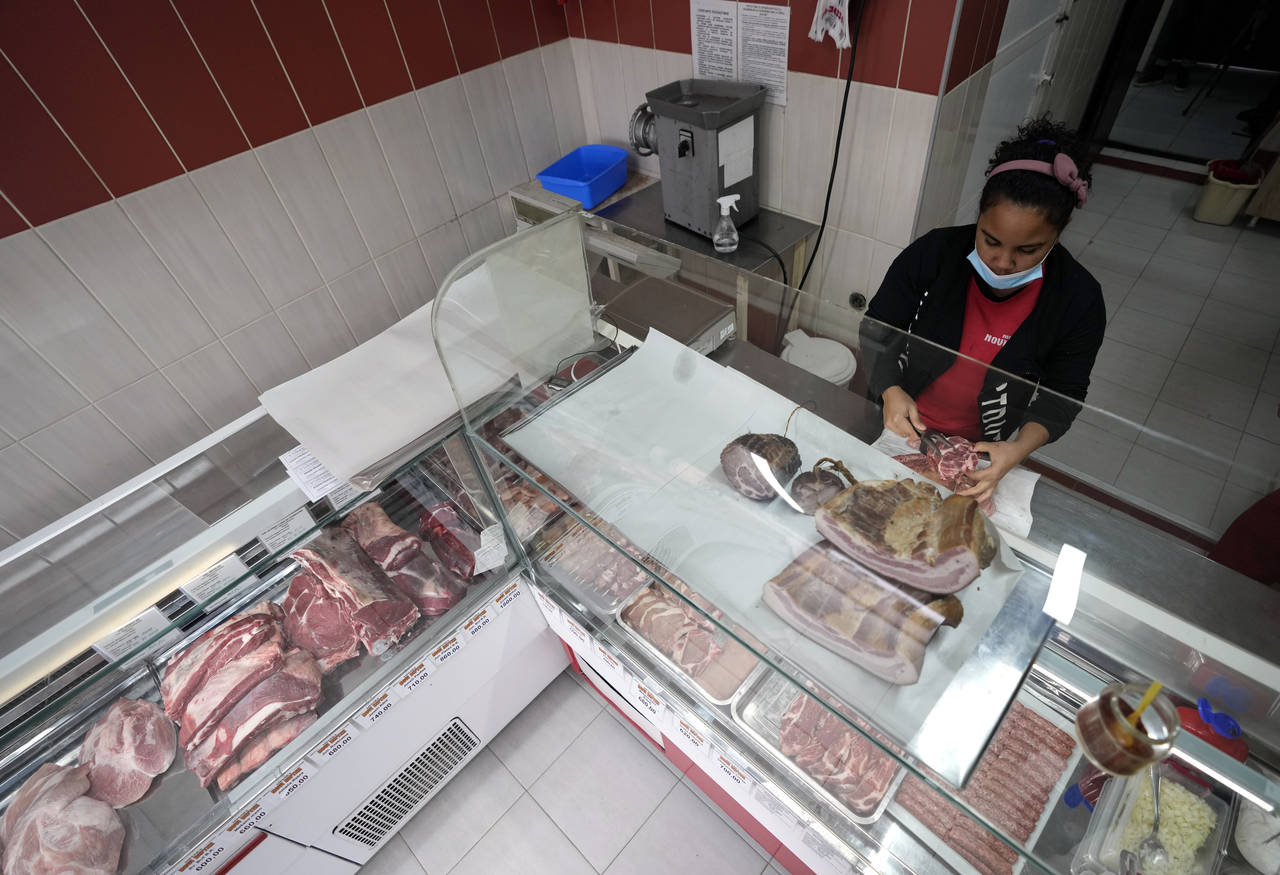 LAJKOVAC, Serbia (AP) – Belquis Gonzales and her family enjoy almost celebrity status in a small town in Serbia where they fled Cuba five years ago.

They reached the Balkan country via an unlikely migration route that passed through Russia, one of the few places in Europe that Cubans do not require a visa for. While most emigrants from the Caribbean island go to the USA or Spanish-speaking countries, Gonzales and her husband have opted for Serbia – again because of the lack of a visa requirement.

“We didn’t know anything about Serbia,” Gonzales told The Associated Press in the family home in Lajkovac, a city about 80 kilometers southwest of the Serbian capital Belgrade. “We had a lot of doubts and a lot of fears, but it was much better than we expected.”

Serbia is still struggling with the aftermath of wars and sanctions in the 1990s and is far from being a promised land for people who want to start a new life at home after fleeing violence, repression or poverty.

While over a million refugees and migrants have arrived in Europe since the great wave of migration in 2015-16, most of them were only on their way to the wealthy countries of the European Union further north and west.

Mirjana Milenkovski, who works for the UN refugee agency UNHCR in Serbia, said that since 2008 only 3,700 people have formally applied for asylum in the country, while 212 have received asylum.

Among them are seven Cubans, including Gonzales, her husband Yordelis Pimienta and their 11-year-old daughter Islena Danay Pimienta.

You are a “very good example of integration,” said Milenkovski. “This is one of the greatest success stories that we have here.”

Although Serbs have emigrated to more affluent countries in large numbers, Gonzales said her family was happy with their new life.

Gonzales said the family left Cuba because of both political problems and lack of opportunity.

KHN’s ‘What the Health?’: A World Without ‘Roe’

Although Cuba is like a Caribbean paradise to outsiders, life there is difficult and the system “does not favor the people at all. It’s more of a limiting factor, ”said Gonzales.

In Serbia, the family stayed in a home for asylum seekers before being granted refugee status in 2019. UNHCR and the Serbian authorities helped the couple find and move to a job in Lajkovac.

Settled in a small apartment, Gonzales works in a nearby butcher’s shop and her husband works on construction sites in the area. On a cold, windy day in late November, she didn’t even seem to miss the Caribbean sun.

“What I like most about this country is that you see all the seasons: spring, summer, fall and winter,” said Gonzales.

Unusual with the way of life in Europe, the Cuban family initially worried whether they would be accepted. Gonzales said they were not exposed to rejection or racism, even though “people are staring at you, but it’s like curiosity.”

Despite working long hours, you managed to make friends and socialize – and Gonzales also took courses in accounting and Serbian.

“We have our friends and we enjoy each other’s company or birthday parties … we get along with everyone,” she said. “Everyone knows that we are ‘the Cubans’.”

Unusual to newcomers and amazed that someone has actually moved from Cuba to their dreary city of several thousand inhabitants, some locals only visited the butcher shop to see Gonzales, or “Belka” as it is called here.

“They want to know whether the weather is nice in Cuba and whether they will take them there,” said Gonzales’ employer Dragana Isailovic.

Copyright © Associated Press. All rights reserved. This material may not be published, broadcast, rewritten, or redistributed.

6 victims from COVID-19 at present in Albania

KHN’s ‘What the Health?’: A World Without ‘Roe’