Dialogue with Serbia, the opposition will interpellate Prime Minister Kurti 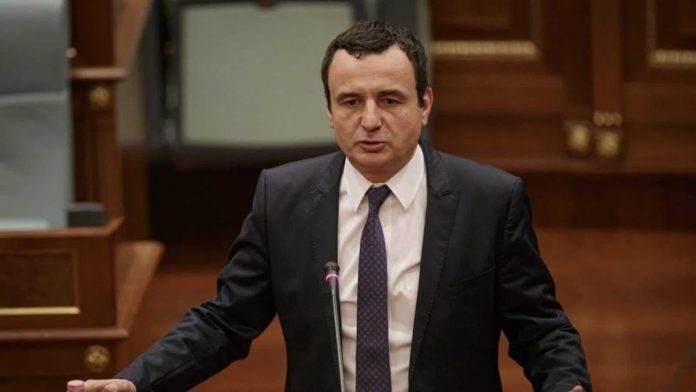 The deputy of the Democratic Party of Kosovo, Hajdar Beqa, said that they will invite the Prime Minister Albin Kurti in an interpellation, about his visit to France.

According to Beqa, Kurti’s approach to dialogue with Serbia is not serious, Telegrafi reports.

“Kurti’s style in the talks was not serious, he did not say anything concrete, except ‘I said, he told me’. I think he did not represent the Republic of Kosovo with dignity.

The opposition will call on him in the following days in the interpellation to report.

“It is in the country’s interest to close the issue with Serbia, with mutual recognition, and I believe that the United States of America must be involved in these talks,” Beqa told rtv 21.

Otherwise, on Wednesday the Prime Minister of the country, Albin Kurti was on an official visit to France, where he met with the French President, Emmanuel Macron.

Kurti reiterated that Serbia should recognize Kosovo’s independence, adding that the Government of Kosovo will contribute with all opportunities in the region, with good neighborly relations, and towards the perspective and European integration.

“Kosovo’s independence, territorial integrity and sovereignty will not be negotiated.

The decision of the ICJ has removed any dilemma for the legality of Kosovo’s Independence “, stated Kurti.

During his visit to Paris, Kurti once again demanded visa liberalization for Kosovo, saying it was unfair not to lift visas when 95 criteria were met. / Telegraphy /

Endrit Krasniqi: The strength of the team is the group we have – Latest News

Joc and Partizan 30 years earlier – the highest of Europe, a triple crown and one much less profitable season