Albania has started the qualifying edition towards the World Cup, “Qatar 2022”. In the first three meetings, the red and blacks have done their “homework” in terms of points, beating Andorra and San Marino, but it has been far from the game and what has been shown on the field in front of these two teams, modest on paper. What about the rewards in these three games, including England?

“Panorama Sport”, has exclusively learned the reward made available by the AFF for the team for each match, inside and outside the field. Not only that but also a fat premium for the historic qualification in the World Cup “Qatar 2022”, for which the value is 3 million euros.

In the National Team, it is played for honor and pride, but the satisfaction that the whole nation receives from the red and blacks deserves in return a monetary reward from the football institution. The newspaper has exclusively learned that in the decision for the award of the National Team, only the coach Reja is missing, who has provided in the personal contract all the clauses and rewards for each edition he leads.

His two assistants have a reward of 1000 euros for each victory, inside or outside the field. While, for the draw, it varies from 500 euros, 750 euros and other figures depending on the opponent. There is also a reward for positive results for the doctors, physiotherapists as well as the two workers who take care of the entire material base of the team, in every gathering and in every match they have to play.

One of the opponents, for whom the 23 assembled players of the National Team do not receive a reward on and off the field, is San Marino. Meanwhile, for Andorra the transfer was rewarded with 1000 euros for each while the triumph in Tirana is estimated at 500 euros. With the loss in Tirana, the red and blacks have lost the reward of 8000 euros each of the 23 players. Whereas, in case of triumph in England, the reward is 10 thousand euros for each. 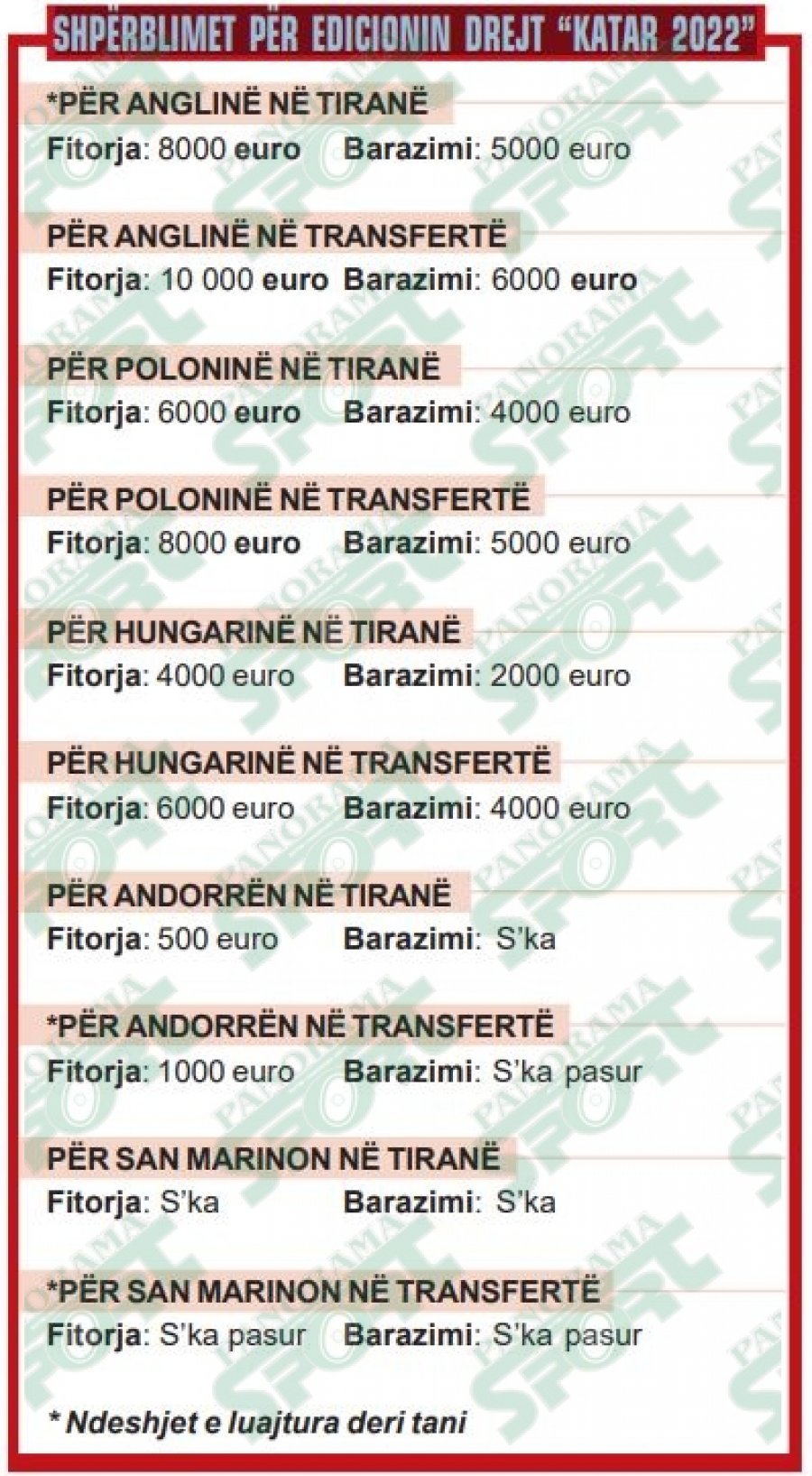