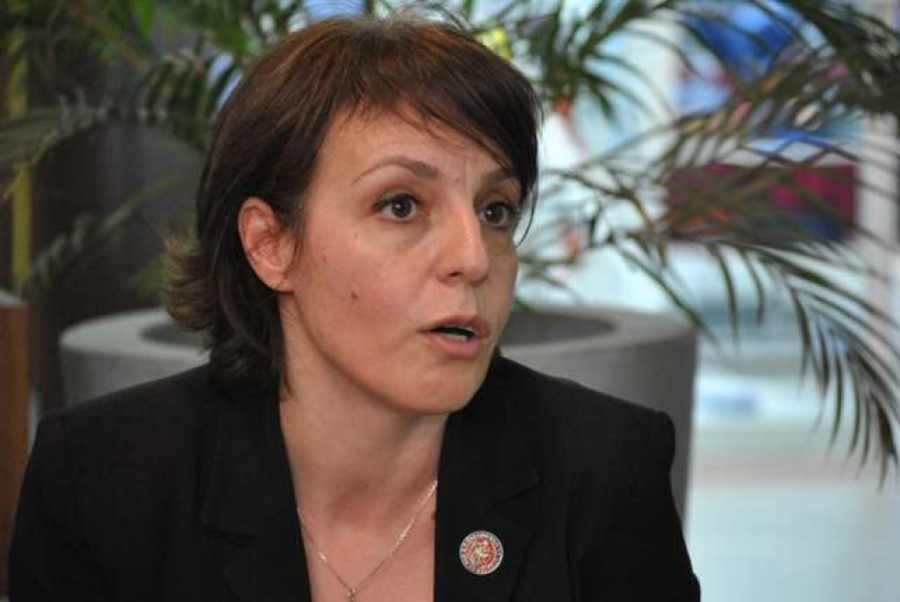 The Minister of Foreign Affairs, Donika Gërvalla, who comes from the “Guxo List” of Vjosa Osmani, defended the Minister of Health, Arben Vitia, as he attacked the media.

Gërvalla, through a status on Facebook, said that there is nothing real in today’s accusations against Minister Vitia, for not signing a contract that enables the provision of Pfizer / Biontech vaccines.

She even says that she is a witness of the signing of Minister Vitia in the contract that enables the provision of these vaccines.

This is her full status:

Vaccines and the untruths about them

Today, as Minister of Foreign Affairs, I was part of a conference with EU institutions with the ministers of the Western Balkans. We only talked about vaccines. The content of the conference is confidential and of course will not violate the promised confidentiality.

I assure you that the Government of the Republic of Kosovo and above all its Minister of Health Arben Vitia have taken all necessary steps and have met all the formal conditions to not lose even a single vaccine for the citizens of the Republic. On the contrary, we have eliminated all the procrastination and obstacles of our careless ancestors and in this respect we are one step ahead of all our neighbors.

The information of the so-called “information” portals is manipulating the serious condition of the pandemic and the fear of the citizens from its consequences.

Let me assure you with full responsibility, as involved in all vaccine assurance processes, that not a single line from today’s publications is true. The Ministry of Health has not risked a single deadline and together we will see in the coming days the result of colossal efforts to provide vaccines to all citizens of the Republic. The speculations mentioned are simply untrue.

I ask the various portals to be silent when they are not ready to help instead of spreading lies. I call on the Ministry of Health to demand legal responsibility from all those who, by spreading lies, try to create unnecessary panic and destabilize the country.

Finally, from the experience gained over the past few weeks, I would like to thank Minister Vitia and all of the Ministry of Health team for their colossal commitment to tackling the pandemic and its aftermath.

“About half of the deputies are lawyers, economists, doctors and political scientists – lack of expertise in many cases” – Latest News