“Dolphins” resisted for 3 quarters, Spain received in the long run 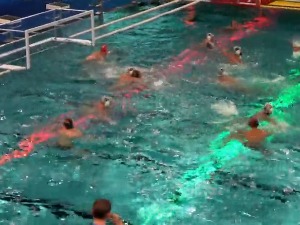 A fairly good match, not counting the last part, was played by the rejuvenated Serbian water polo team against Spain at the World League Final Tournament, but in the end they suffered a convincing defeat – 20:15.

As many as nine players from the recently concluded World Cup were not available to coach Dejan Savić against the current world champion, which did not prevent some young forces from showing what they can do at this moment.

It is true that Spain did not play with a full squad either, but they had more experienced players in their team, which ultimately decided the winner in the last eight minutes.

After the first quarter, Serbia led 5:4, at halftime the “dolphins” had a 10:9 advantage.

However, in the second half, the Spaniards managed to make up for the deficit – at the end of the third period it was 14:14, and in the last eight minutes the world champion was convincing (6:1) for the second triumph in the tournament.

The most effective against Spain was Đorđe Vučinić with five goals, Marko Radulović scored three, and Vasilije Martinović and Nikola Lukić scored two each.

The “Dolphins” were defeated by Montenegro in the first round, while they will play against Australia in the last match of Group A on Sunday (16.00).

Serbia will definitely play in the quarter-finals of the competition, the position won in the group will depend on who will be the opponent on Monday.