Barcelona needs to carry Messi again on the finish of the season, however not essentially as a participant 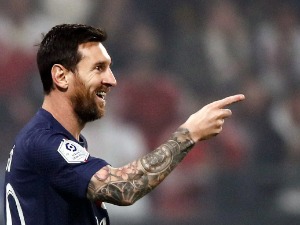 Messi has a contract with the French champions until June next year. He has an offer from Paris Saint-Germain to extend his contract, but he has not yet made a statement.

Spanish media point out that the leaders of Barcelona are analyzing whether the return of Messi is financially feasible due to salary restrictions and financial “fair play”.

Barcelona coach Xavi Hernandez had nothing against Messi returning to the Nou Camp team, but the question is whether the Argentine would fit into the new tactics of the Catalan club.

Mundo Deportivo states that the management of Barcelona is considering various possibilities of cooperation with the Argentinian footballer, and plans to organize a solemn ceremony for Messi at the “Nou Camp”.

Barcelona is ready to offer Messi the position of club ambassador.

The Spanish media remind that the Argentine said that he will make a statement about all offers after the end of the World Cup in Qatar.