Doncic continued his nice streak and within the victory over San Antonio, Jones was the tragic match 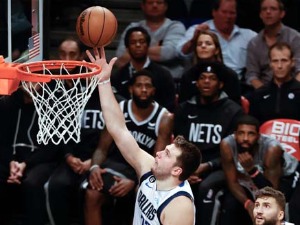 In a very equal duel, Dallas led for most of the match, but it was a little bit short of remaining without a victory in an uncertain ending.

In the last quarter, the hosts managed to melt an almost double-digit advantage, and then, with a few seconds left in the match, Tre Jones fought to be the player of the decision, but he did not manage to bring the hosts a tie and a chance to win.

Jones made two misses, the first was intentional and the next came spontaneously.

First, three seconds before the end with Dallas leading 126:123, he got two free throws, hit the first and successfully played the second off the backboard and managed to force two more throws.

He manages to realize the first but misses the second this time by accident and becomes a tragic figure in the home team.

Luka Dončić finished the match as the most effective player with 51 points scored with 6 rebounds and 9 assists, followed by Wood with 25 and Hardaway with 14 points.

In the San Antonio team, the most effective were Keldon Johnson with 30 and Jeremy Sochan with 20 points.