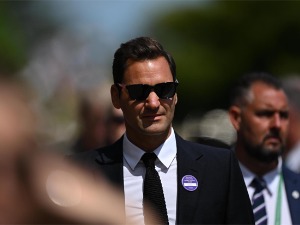 Federer is not playing in the third Grand Slam tournament of the season this year, as he is recovering from a knee injury.

The Swiss tennis player was last on the court in July 2021, when he was defeated by Hubert Hurkac 6:3, 7:6, 6:0 in the Wimbledon quarterfinals.

British media reports that Federer came to visit his favorite tournament, which he last won in 2017.

The Swiss has triumphed in London eight times in his career, and this year, for the first time since 1999, he is not playing at the English Open Championship.

The organizers have published a Wimbledon video on social networks, in which Federer is the narrator.

It is not known whether the Swiss tennis player will watch some of today’s matches from the stands.